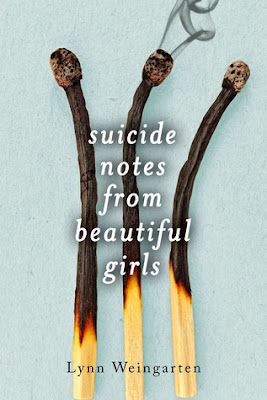 Huge thanks to Netgalley and Egmont Publishing/Electric Monkey for sending me a copy in exchange for an honest review.

June barely has time to mourn the death of her best friend Delia, before Delia's ex-boyfriend convinces her Delia was murdered, and June is swept into a tangle of lies, deceit, and conspiracy.

There is one thing guaranteed to make me feel frustrated with a book after reading, and that is if the by the end of the story, the book has made me feel stupid. I read a lot, I’m a reasonably intelligent person, and I can usually see twists in plots coming from quite a distance, so it’s always a strange feeling when I finish a book and don’t actually really understand what happened at the end.

Let’s go back to the start for a moment. The book is a fast paced, intense read that had me racing through the pages to find out what was going to happen next. Did I see the big ‘twists’ coming? Sure. But I wasn’t too bothered about that, because I was caught up in the intensity and pace of the story.

I don’t want to give too much away – even the blurb is trying not to give anything away – because I think that the less you know going in the more you will enjoy the story and become engrossed in the twisting tale unfolding around you as June tries to disentangle the truth.

Like I said, I saw the ‘twists’ coming, but on the whole I enjoyed it. June was a bit flat for a protagonist, and there were several moments of lapsed judgement – for example when she goes to confront Tig – where I really wanted to shake her. Despite the flaws in the creation of her character she is likeable enough, and offers a way in to the story that steamrollers onward, sweeping everything up with it. It’s a hard book to put down, and is a very intense read as clues and distractions are unearthed. If you’re after a fast paced and intense murder mystery then this is definitely a book you should pick up.

However there were two big things detracting from my enjoyment. The first is the snippets of Delia and June’s relationship that we’re offered through flashbacks. I think it was supposed to offer an idea of a wonderful friendship of kindred souls. However it comes across as toxic and with Delia not being particularly likeable. I never warmed to Delia, nor to any of the characters really. They were all the worst versions of themselves with little to no redeeming qualities. Reading a book as intense as this can be exhausting, if you then add in that there are no truly likeable characters it becomes an exercise in frustration.

The second thing was the ending. Now like I said, I kept up with the rest of the story no problem, but I really have very little idea of what happened at the end. I get the basic premise, but other than that, it doesn’t make any sense. I’ve been back and read the final few chapters several times thinking that maybe I missed something, that I just wasn’t being clever enough to work it out. So if you read this book and can enlighten me as to what I’ve missed in the comments, that would be awesome. As it stands all that hard work the book did throughout the rest of the story came crashing down in those final few pages, because a book that makes the reader feel stupid is never going to end favourably for the reader.


It was an intense read, gripping and at times terrifying, but the characters were unlikeable and the twists (for me personally) a little predictable. All of that could have been forgiven if not for the ending, so whilst I know some people will love this story, it didn’t quite work for me.