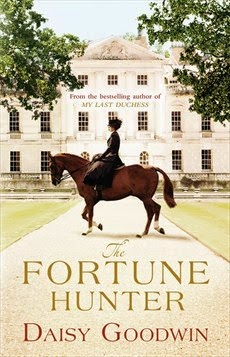 Please be aware that there are spoilers for the book in this review, and if you haven’t yet read the book I recommend waiting before continuing to read this review.

In 1875, Sisi, the Empress of Austria is the woman that every man desires and every woman envies. Beautiful, athletic and intelligent, Sisi has everything -- except happiness.
Bored with her dutiful Empress life in Vienna she comes to England to hunt. She comes looking for excitement and she finds it in the dashing form of Captain Bay Middleton. Then years younger than her, Bay has everything to lose by falling for a woman who can never be his, for he is promised to Charlotte. But Bay and the Empress are reckless as each other, and their mutual attraction is a force that cannot be denied.
‘The Fortune Hunter’ tells the true story of a nineteenth century Queen of Hearts and cavalry captain, and the struggle between love and duty.

I was torn by ‘The Fortune Hunter’. It was a very well written novel, filled with the level of detail that makes the events feel incredibly real whilst you’re immersed in the text, but whilst I was involved and desperate to continue reading, I was left feeling a little disappointed at the end.

I adored ‘My Last Duchess’ Daisy Goodwin’s first book, so I was very excited to realise that she had a new historical novel out. However there were a bundle of problems that marred my enjoyment of ‘The Fortune Hunter’ so that whilst it was still an enjoyable read, it was knocked from being the favourite I was expecting.

My biggest issue was the treatment of Charlotte. At the start of the novel it felt as though this was to be a love story for Bay and Charlotte, and given Bay’s declarations and feelings for Charlotte, I was more than a little bit shocked when a third of the way through the book Bay suddenly becomes completely infatuated with the Empress Elizabeth. His behaviour and treatment of Charlotte is abominable from this point on and I found myself completely disgusted with Bay and unable to invest in his story with the Empress, or with Charlotte from that point on. I was slightly appeased when Charlotte discovered his treachery and refused to have anything to do with him, but of course, she relents.

I realise that I am reading this from a modern view point and that some of Bay’s behaviour would have been not only acceptable but almost expected, and particularly given that he was at the beck and call of an Empress, he was in a particularly difficult position. However that doesn’t really excuse his behaviour. He treats Charlotte abominably, and he dallies with both women to get the one with the fortune at the end and with no recriminations whatsoever.

It left a sour taste in my mouth, as I kept hoping that Charlotte would retain her backbone and not take Bay back after all that. Her complete denial of Bay’s behaviour and her desperate clinging to his promises and declarations meant that she came across as a silly and naïve little girl, instead of the young woman she started out as.

There are also numerous factual errors littered throughout the book which were decidedly frustrating as simple research could have resolved these before the book went to print. The same goes for the handful of errors in sentence structure and spelling. Goodwin does state in her author’s note that she has taken liberties with Elizabeth and Bay’s narrative to create a more thrilling story for the reader, however the factual errors are more than a little frustrating and should have been avoided.

Whilst these frustrations did leave me feeling a little cold, Goodwin’s ability to draw such brilliantly real characters and situations almost outweighed it. That’s the key to the brilliance of her novels, she creates such beautifully constructed characters that really draw you in and drive the story. It was engrossing and utterly compelling and on the whole, I loved it.
However, a modern day outlook meant that Bay’s treatment of Charlotte really marred the book for me and it will be some time before I fancy picking it up for a re-read. 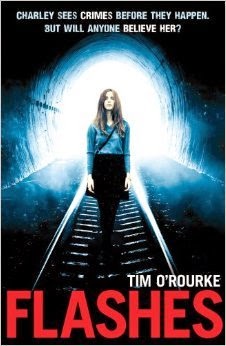