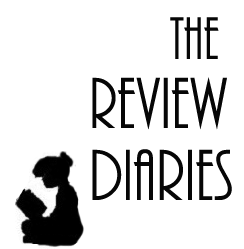 Below you'll find a list of authors that I've been lucky enough to interview.

Click on the author's name to be taken straight to their interview.

Sarah BenwellInterview Date: January 2015For the release of 'The Last Leaves Falling
YA author, teacher, traveller, mad. Will always rise to a challenge, even when it involves giant hairy spiders. For lunch.Lives in Bath but prefers living in books or on planes or trains or remote unmapped places.Advocate of diversity in life and bookcases.

Martha Brockenbrough
Interview Date: April 2015
For the release of 'The Game of Love & Death'Martha Brockenbrough has worked as a newspaper reporter, a high school teacher, and as editor of MSN.com. She is a devoted grammarian, and founded National Grammar Day and the Society for the Promotion of Good Grammar (SPOGG). Martha is also the social media diva for readergirlz, the nonprofit literary organization that received the Innovations in Reading Award from the National Book Foundation. She lives in Seattle, Washington, with her husband and their two daughters.

Gail Carriger
Interview Date: July 2011
For the release of 'Heartless'
Ms. Carriger began writing in order to cope with being raised in obscurity by an expatriate Brit and an incurable curmudgeon. She escaped small town life and inadvertently acquired several degrees in Higher Learning. Ms. Carriger then traveled the historic cities of Europe, subsisting entirely on biscuits secreted in her handbag. She now resides in the Colonies, surrounded by a harem of Armenian lovers, where she insists on tea imported directly from London and cats that pee into toilets. She is fond of teeny tiny hats and tropical fruit.

Melissa Darnell
Interview Date: April 2012
For the Release of 'Crave'
Born in California, she grew up in East Texas and has also called the following states home at one time or another: Utah, West Virginia, Louisiana, Alabama, Kentucky, and Iowa. A former award-winning dancer with 12 years' formal training in jazz, tap, and ballet, she currently lives in South Dakota with her husband and two children, where she enjoys watching Whale Wars, UFC matches and True Blood, trying out new hair colours, designing fun stuff to sell in the virtual world of Second Life, and of course writing her latest book!

Lauren DeStefano
Interview Date: February 2012
For the release of 'Fever'
Now that she is all grown up (for the most part), she writes fiction for young adults. Her failed career aspirations include: world's worst receptionist, coffee house barista, sympathetic tax collector, and English tutor. When she isn't writing, she's screaming obscenities at her Nintendo DS, freaking her cats out with the laser pen, or rescuing thrift store finds and reconstructing them into killer new outfits.

Shannon Hale
Interview Date: January 2012
For the release of 'Midnight in Austenland'
Shannon Hale is the New York Times best-selling author of six young adult novels: the Newbery Honor book Princess Academy, multiple award winner Book of a Thousand Days, and the highly acclaimed Books of Bayern series. She has written three books for adults, including the upcoming Midnight in Austenland (Jan. 2012), companion book to Austenland. She co-wrote the hit graphic novel Rapunzel's Revenge and its sequel Calamity Jack with husband Dean Hale. They live near Salt Lake City, Utah with their four small children, and their pet, a small, plastic pig.

Edward Hogan
Interview Date: February 2012
For the release of 'Daylight Saving'
Edward Hogan was born in Derby in 1980 and now lives in Brighton. He is a graduate of the MA creative writing course at UEA and a recipient of the David Higham Award. His first novel, Blackmoor, was shortlisted for the Sunday Times Young Writer of the Year Award, the Dylan Thomas Prize and the Desmond Elliot Prize.

Eloisa James
Interviewed December 2011
For the release of 'The Duke is Mine'
New York Times bestselling author Eloisa James writes historical romances for HarperCollins Publishers. Her novels have been published to great acclaim. A reviewer from USA Today wrote of Eloisa's very first book that she "found herself devouring the book like a dieter with a Hershey bar"; later People Magazine raved that "romance writing does not get much better than this." Her novels have repeatedly received starred reviews from Publishers' Weekly and Library Journal and regularly appear on the best-seller lists.

Jillian Larkin
Interview Date: April 2012
For the Release of The Flappers: 'Vixen'
Jillian Larkin’s fascination with flappers and the 1920s began during her childhood, which included frequent home screenings of the classic Julie Andrews/Carol Channing film Thoroughly Modern Millie.

Carol Marinelli
Interview Date: March 2012
For the release of 'Putting Alice Back Together'
Carol Marinelli was born in England to Scottish parents, then emigrated to Australia, where there are loads of Scottish and English people who did exactly the same, so she’s very at home there. She lives in the outer suburbs of Melbourne—pretty much in her car, driving her three children to their various commitments.

Ali McNamara
Interviewed November 2011
For the release of 'Breakfast at Darcy's'
Ali McNamara attributes her over active imagination to one thing - being born an only child. Time spent when she was young dreaming up adventures has left her with a head constantly bursting with stories waiting to be told.
Ali lives in Cambridgeshire with her husband and two children, and when she isn’t writing, she enjoys watching too much reality TV, eating too much chocolate, and counter-acting the results of the previous activities with plenty of exercise.

Andrew Prentice & Jonathan Weil
Interview Date: April 2012
For the Release of 'Black Arts'
Jonathan Weil and Andrew Prentice met at school where they edited the school magazine together. Since then they have collaborated on several projects, including running a circus, writing dialogue for robots and creating animated films for an underground aquarium and sushi restaurant complex in Paris. Black Arts is their first novel.

Deanna Raybourn
Interviewed November 2011
For The Review Diaries One Year Blogiversary
A sixth-generation native Texan, Deanna Raybourn graduated from the University of Texas at San Antonio with a double major in English and history and an emphasis on Shakespearean studies. She taught high school English for three years in San Antonio before leaving education to pursue a career as a novelist.  Deanna makes her home in Virginia, where she lives with her husband and daughter.

Sarah Rees Brennan
Interview Date: July 2012
For the Release of 'Team Human'
Sarah Rees Brennan is Irish and currently lives in Dublin. For a short stint, she lived in New York and became involved with a wide circle of writers who encouraged and supported her, including Holly Black and Cassandra Clare. She has developed a wide audience through her popular blog, mistful.livejournal.com, where she writes movie parodies, book reviews and some stories.

M J Scott
Interview Date: April 2015
For the Release of 'The Shattered Court'
M.J Scott is an unrepentant bookworm. Luckily she grew up in a family that fed her a properly varied diet of books and these days is surrounded by people who are understanding of her story addiction. When not wrestling one of her own stories to the ground, she can generally be found reading someone else’s. Her other distractions include yarn, cat butlering, dark chocolate and fabric. She lives in Melbourne, Australia.

New comments are not allowed.