January has been an amazing month to start off the year, with some fabulous books kicking off my 2012 reading challenge. And I cannot tell you how excited I am about the books coming out this month. We've got new authors who are fast becoming firm favourites, old favourites with new books, and a few wild cards that look so awesome that I'm desperate to get my mitts on them.
So without further ado, here are my books I'm squeeing about in February! 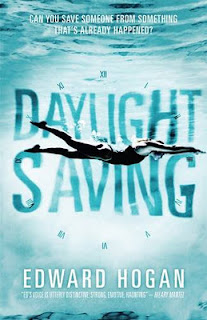 This is a brilliant thriller ghost story by a new name in teenage fiction. When Daniel Lever is dragged to Leisure World Holiday Complex for some "time away" with his depressed dad, his expectations are low. Daniel is overweight, he hates sport, and his father has brought along his beloved tomato plant. But soon Daniel spots a girl swimming in the fake lake. Lexi is elegant and smart, but very mysterious. Why are her bruises getting worse each time she and Daniel meet? And is her watch really ticking backwards? A dark figure stalks the pair, and as British summer time approaches, Daniel has to act quickly. Their souls depend on it.

This is Ed’s first young adult novel, and boy is it awesome. A fantastic thriller with plenty of humour, fabulous characters and relationships explored and a thrilling mystery to solve before they run out of time. It ticked all of my boxes and I can’t wait to see what comes next from Ed. To celebrate the release of ‘Daylight Saving’ there will be an interview with the man himself on here on the 2nd. 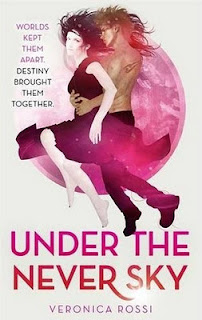 You can read my spoiler free review here.

7th - Under the Never Sky by Veronica Rossi

Aria has lived her whole life in the protected dome of Reverie. Her entire world confined to its spaces, she's never thought to dream of what lies beyond its doors. So when her mother goes missing, Aria knows her chances of surviving in the outer wasteland long enough to find her are slim.
Then Aria meets an outsider named Perry. He's searching for someone too. He's also wild - a savage - but might be her best hope at staying alive.
If they can survive, they are each other's best hope for finding answer.

And here we have another example of why covers are fabulous and I am a terrible child for judging them. I saw the cover and decided this book was going to be awesome, and everything I’ve read about it since has further convinced me of this. 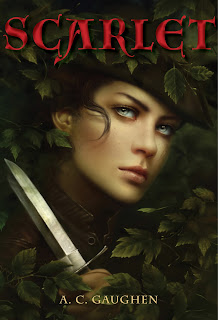 Posing as one of Robin Hood’s thieves to avoid the wrath of the evil Thief Taker Lord Gisbourne, Scarlet has kept her identity secret from all of Nottinghamshire. Only the Hood and his band know the truth: the agile thief posing as a whip of a boy is actually a fearless young woman with a secret past. Helping the people of Nottingham outwit the corrupt Sheriff of Nottingham could cost Scarlet her life as Gisbourne closes in. It’s only her fierce loyalty to Robin—whose quick smiles and sharp temper have the rare power to unsettle her—that keeps Scarlet going and makes this fight worth dying for.

I’ve been desperate for this book since late last year, and finally finally  it is almost here. A re-telling of Robin Hood but with Scarlet as a girl? It sounds epic. And the wonderful Angie over at Angieville had nothing but wonderful things to say about it, which was enough to get me to pre-order it then and there. 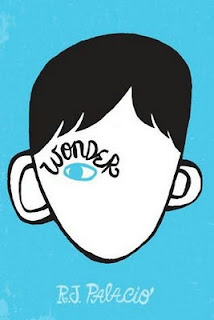 Wonder is the funny, sweet and incredibly moving story of Auggie Pullman. Born with a terrible facial abnormality, this shy, bright ten-year-old has been home-schooled by his parents for his whole life, in an attempt to protect him from the stares and cruelty of the outside world. Now, for the first time, Auggie is being sent to a real school - and he's dreading it. The thing is, Auggie's just an ordinary kid, with an extraordinary face. But can he convince his new classmates that he's just like them, underneath it all?
Through the voices of Auggie, his big sister Via, and his new friends Jack and Summer, Wonder follows Auggie's journey through his first year at Beecher Prep. Frank, powerful, warm and often heart-breaking, WONDER is a book you'll read in one sitting, pass on to others, and remember long after the final page.

I’ve just started reading this book and it is gorgeous. Heart breaking, utterly beautiful and ultimately uplifting, I have heard nothing but good things about this book and I cannot wait to finish it. 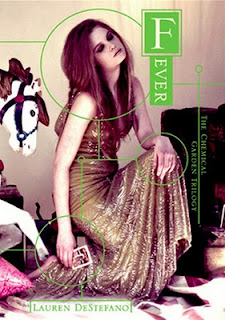 Running away brings Rhine and Gabriel right into a trap, in the form of a twisted carnival whose ringmistress keeps watch over a menagerie of girls. Just as Rhine uncovers what plans await her, her fortune turns again. With Gabriel at her side, Rhine travels through an environment as grim as the one she left a year ago - surroundings that mirror her own feelings of fear and hopelessness.
The two are determined to get to Manhattan, to relative safety with Rhine’s twin brother, Rowan. But the road there is long and perilous - and in a world where young women only live to age twenty and young men die at twenty-five, time is precious. Worse still, they can’t seem to elude Rhine’s father-in-law, Vaughn, who is determined to bring Rhine back to the mansion...by any means necessary. In the sequel to Lauren DeStefano’s harrowing Wither, Rhine must decide if freedom is worth the price - now that she has more to lose than ever.

Last year Lauren’s debut novel ‘Wither’ hit the shelves, and it was an incredible first novel in a trilogy that looks set to be a truly incredible one. With the second book within touching distance I’m getting far too over excited to slip back into the Chemical Garden’s universe and find out what happens to Rhine next.

You can read my review of ‘Wither’ here. 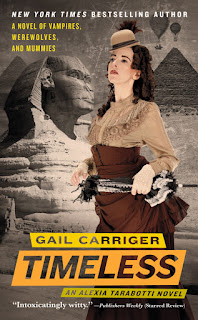 Alexia Tarabotti, Lady Maccon, has settled into domestic bliss. Of course, being Alexia, such bliss involves integrating werewolves into London High society, living in a vampire's second best closet, and coping with a precocious toddler who is prone to turning supernatural willy-nilly. Even Ivy Tunstell's acting troupe's latest play, disastrous to say the least, cannot put a damper on Alexia's enjoyment of her new London lifestyle.
Until, that is, she receives a summons from Alexandria that cannot be ignored. With husband, child, and Tunstells in tow, Alexia boards a steamer to cross the Mediterranean. But Egypt may hold more mysteries than even the indomitable Lady Maccon can handle. What does the vampire Queen of the Alexandria Hive really want from her? Why is the God-Breaker Plague suddenly expanding? And how has Ivy Tunstell suddenly become the most popular actress in all the British Empire?

This is where my head practically explodes from excitement. Gail Carriger’s ‘Parasol Protectorate’ series has been one of my all-time favourites. A delicious steampunk romp with parasols, werewolves, vampires, hats and tea! A fantastic blend of wit, drama, and incredible characters I cannot tell you enough how awesome they are. And now the final book of the series ’Timeless’ is nearly in my hands, and I am going to probably cry and squee and giggle as I find out what will happen to our intrepid heroine and her wolfy husband.

You can read my review of ‘Heartless’ here.
You can read an interview with the fabulous Ms Carriger here.
Posted by Rosy at 13:00