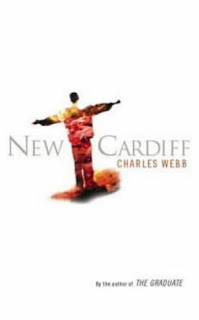 Colin and Vera first met when they kicked together as their pregnant mothers sat next to each other in the doctor’s waiting room. They became like Siamese twins. They had great sex. They were getting married – until Vera sent Colin an invitation to her marriage to someone else.
Escaping to America, Colin discovers New Cardiff, Vermont, an innocence, warmth and eccentricity that seduces and transforms him. With a passionate kiss in the Revolutionary War Monument he falls hopelessly in love with Mandy, an attendant on a break from the local care home. So when Vera arrives to reclaim him – profuse in her explanations and apologies – it’s a very different Colin she encounters.

This was made into a film a few years ago entitled ‘Hope Springs’ staring Colin Firth, Heather Graham and Minnie Driver, and I don’t know how much seeing the film before reading the book will have affected my view on it.
I loved the film, it was a quiet yet witty affair, perfectly cast that trundled along nicely, and the same can be said of the book. I always find it interesting to see how they translate a book into a film, but this is an example of one done exceptionally well. The scenes, the dialogue, almost everything is transposed word for word into the new medium.
This is pared down simplicity, with around eighty per cent of the novel being entirely dialogue. There’s very little description to get bogged down in, just communication between characters that builds into emotions and relationships. Colin in particular has a wit that leaps off the page, and had me laughing out loud with some of the one liners. It’s haunting, with idyllic almost fairy tale like qualities, and was a highly enjoyable read.
However, I don’t know whether I partly enjoyed the simplicity of the book, because I had the characters and voices in my head that I’d already seen in the film. The casting was perfect, the actors inhabiting the roles so well that reading, I could hear their voices, see the beautiful landscape and the buildings and scenes vividly. It certainly heightened my enjoyment, and whilst I’m certain I would have loved the book anyway, I can’t separate the two enough to see how much.
My only puzzlement came with the ending, which continues on in the book a little further than in the film. It shows Colin and Mandy a few months down the line, and I felt it took away some of the romance built up through the rest of the story. Perhaps something that needs to be done, after all real life isn’t all fairy tales and romance, but I would have preferred to have been left with the escapist illusions, rather than the realities that come with day to day existence.
Over all a very funny, moving and engaging book, showing how simplicity is sometimes the most effective option when conveying complex relationships. A favourite for 2011, and one I will continue to go back and enjoy time and time again.
Posted by Rosy at 07:18