Books I'm Squeeing About in August

July has been an utterly hideous month, yet has contained some truly awesome books. A trend that I'm hoping is going to continue into August. Looking at the titles I'm squeeing about I have no doubt that this is going to be a truly spectacular month for books, including the much hyped 'Throne of Glass' by Sarah J Maas, and a book I've been waiting for (not particularly patiently) all year 'Unspoken' by Sarah Rees Brennan finally gracing our shelves!
So without further ado, here are the books I'm squeeing about in August! 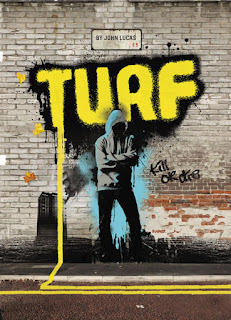 2nd– Turf by John Lucas
Jay's life seems pretty sorted: 15 years old and already a rising member of the notorious Blake Street Boyz gang, he takes his lessons from the street. With a knife in his pocket and his best friend Milk by his side, their days are spent fiercely defending their turf.
When Jay gets the chance to step up and become a senior of the Boyz, he faces the biggest decision of his life: he must stab and kill a classmate - and rival gang member - or face the consequences.
It doesn't take long for Jay's world to spiral out of control. As the line between right and wrong begins to fade, he finds no escape. Jay has to act, but at what and whose cost?
Set against the backdrop of London's inner-city tower blocks, in a world where killing can be easier than choosing what chocolate bar to eat, Turf is a story of intense friendship and brutal gang violence, of loyalty at any cost - even to the price of your own soul.
It's the kind of story that continues to dominate front page headlines (see attached) and this powerful novel shows us just how violent life can be for people living under street gang rule.

Utterly harrowing, at times funny and beautiful and completely heart breaking, TURF is an incredible book that came out of nowhere and swept me away. I didn’t expect it to truly make the gang life and idea seem real without making  an unintentional mockery, but Lucas’s skill with words utterly blew me away. I was completely engrossed in Jay’s life, in the choices and decisions that shaped him, and the impossible situation he found himself in. Not at all my usual type of book, but I am so glad I read it, it turned out to be a very thought provoking read. 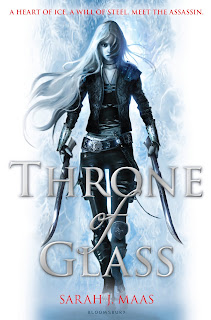 After serving out a year of hard labor in the salt mines of Endovier for her crimes, 18-year-old assassin Celaena Sardothien is dragged before the Crown Prince. Prince Dorian offers her her freedom on one condition: she must act as his champion in a competition to find a new royal assassin.
Her opponents are men—thieves and assassins and warriors from across the empire, each sponsored by a member of the kings council. If she beats her opponents in a series of eliminations, she’ll serve the kingdom for three years and then be granted her freedom.
Celaena finds her training sessions with the captain of the guard, Westfall, challenging and exhilirating. But she’s bored stiff by court life. Things get a little more interesting when the prince starts to show interest in her... but it’s the gruff Captain Westfall who seems to understand her best.
Then one of the other contestants turns up dead... quickly followed by another. Can Celaena figure out who the killer is before she becomes a victim? As the young assassin investigates, her search leads her to discover a greater destiny than she could possibly have imagined.

Throne of Glass is everywhere at the moment. Everyone is buzzing and talking about it, and no wonder, it is one of the best young adult fantasy books I’ve had the pleasure of reading this year. Maas has quickly flown up onto my list of authors to watch with an incredibly strong debut with a fantasticly kick ass heroine that I had no trouble cheering on. You can read my review of the book here. 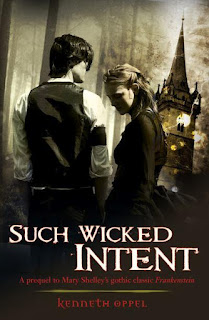 2nd– Such Wicked Intent by Kenneth Oppel
When does obsession become madness? Tragedy has forced sixteen-year-old Victor Frankenstein to swear off alchemy forever. He burns the Dark Library. He vows he will never dabble in the dark sciences again, just as he vows he will no longer covet Elizabeth, his brother's betrothed. If only these things were not so tempting. When he and Elizabeth discover a portal into the spirit world, they cannot resist. Together with Victor's twin, Konrad, and their friend Henry, the four venture into a place of infinite possibilities where power and passion reign. But as they search for the knowledge to raise the dead, they unknowingly unlock a darkness from which they may never return.

Oh wow. ‘This Dark Endeavour’ was a dark, terrifying and utterly brilliant look at a young Victor Frankenstein, and the world and events that shaped him into the man we know in Mary Shelley’s ‘Frankenstein.’ And now we’re back for another dose! After the harrowing events of the first book Victor pushes the boundaries further, explores deeper, and the events get even darker than before… Utterly delicious and terrifyingly brilliant, the second book manages to more than keep up with the high standard set by the first.

14th - The Unnaturalists by Tiffany Trent 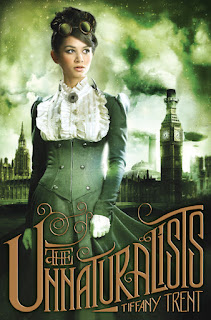 In an alternate London where magical creatures are preserved in a museum, two teens find themselves caught in a web of intrigue, deception, and danger.
Vespa Nyx wants nothing more than to spend the rest of her life cataloging Unnatural creatures in her father’s museum, but as she gets older, the requirement to become a lady and find a husband is looming large. Syrus Reed’s Tinker family has always served and revered the Unnaturals from afar, but when his family is captured to be refinery slaves, he finds that his fate may be bound up with Vespa’s—and with the Unnaturals.
As the danger grows, Vespa and Syrus find themselves in a tightening web of deception and intrigue. At stake may be the fate of New London—and the world.

There has been a serious hole in my life since the end of Gail Carriger’s ‘Parasol Protectorate Series’ finished earlier this year, and I’m hoping that this new YA Steampunk book might go some way to easing the pain. I’m a sucker for covers and this one has well and truly caught me. Now to see if the book lives up to the prettiness! 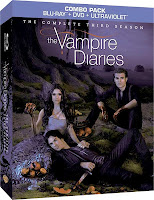 So ok, this one isn’t *technically* a book, but I’m so excited about it that it had to make it onto the list anyway… I love this series, it is one of the best things on TV at the moment, and series three is no exception, I can’t wait to re-watch the series in preparation for the start of Season 4, and to see what extras and commentaries will be included! 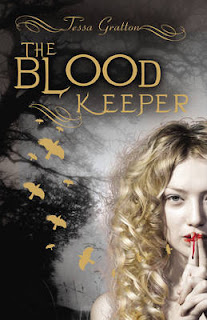 Paranormal romance fans who are looking to up the ante will be drawn to this tale of horror, fantasy, and romance. For Mab Prowd, the practice of blood magic is as natural as breathing. It's all she's ever known. Growing up on an isolated farm in Kansas with other practitioners may have kept her from making friends her own age, but it has also given her a sense of purpose—she's connected to the land and protective of the magic. And she is able to practice it proudly and happily out in the open with only the crows as her companions. Mab will do anything to keep the ancient practice alive and guard its secrets. But one morning while she is working out a particularly tricky spell she encounters Will, a local boy who is trying to exorcise some mundane personal demons. He experiences Mab's magic in a way his mind cannot comprehend and is all too happy to end their chance meeting. But secrets that were kept from Mab by the earlier generations of blood magicians have come home to roost. And she and Will are drawn back together, time again by this dangerous force looking to break free from the earth and reclaim its own dark power.

I loved ‘Blood Magic’ last year, it was a fantastically strong debut from Gratton and left me desperate to see what she’d produce next. And that was all the encouragement I needed to get this book onto my wishlist. I can’t wait to see where she takes me in this next book. 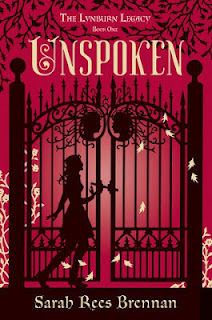 Kami Glass loves someone she’s never met... a boy she’s talked to in her head ever since she was born. She wasn’t silent about her imaginary friend during her childhood, and is thus a bit of an outsider in her sleepy English town of Sorry-in-the-Vale. Still, Kami hasn’t suffered too much from not fitting in. She has a best friend, runs the school newspaper, and is only occasionally caught talking to herself. Her life is in order, just the way she likes it, despite the voice in her head.
But all that changes when the Lynburns return.
The Lynburn family has owned the spectacular and sinister manor that overlooks Sorry-in-the-Vale for centuries. The mysterious twin sisters who abandoned their ancestral home a generation ago are back, along with their teenage sons, Jared and Ash, one of whom is eerily familiar to Kami. Kami is not one to shy away from the unknown—in fact, she’s determined to find answers for all the questions Sorry-in-the-Vale is suddenly posing. Who is responsible for the bloody deeds in the depths of the woods? What is her own mother hiding? And now that her imaginary friend has become a real boy, does she still love him? Does she hate him? Can she trust him?

You guys, this is one of the biggest excitements of the year for me. I love Sarah Rees Brennan’s books, they are some of the funniest, most fantastic young adult books out there. So this new series is the icing on my book year cake. And the cherry. I can pretty much garuantee that if you like witty dialogue, fantastic characters and a brilliant plot, this is a book you will love. So go out and pre-order it now! Because the best is most definitely being saved until last this month.
Posted by Rosy at 18:48