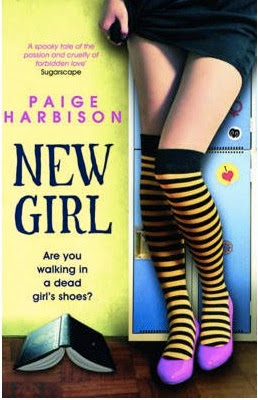 Welcome to this stop on the Mira Ink 'New Girl' blog tour!
Huge thanks to Becky at Mira for sending me a copy to review.

A contemporary young-adult retelling inspired by the classic 1938 romantic suspense bestseller Rebecca by Daphne du Maurier.
They call me 'New Girl'...
Ever since I arrived at exclusive, prestigious Manderly Academy, that’s who I am. New girl. Unknown. But not unnoticed—because of her.
Becca Normandy—that’s the name on everyone’s lips. The girl whose picture I see everywhere. The girl I can’t compare to. I mean, her going missing is the only reason a spot opened up for me at the academy. And everyone stares at me like it’s my fault.
Except for Max Holloway—the boy whose name shouldn’t be spoken. At least, not by me. Everyone thinks of him as Becca’s boyfriend…but she’s gone, and here I am, replacing her. I wish it were that easy. Sometimes, when I think of Max, I can imagine how Becca’s life was so much better than mine could ever be.
And maybe she’s still out there, waiting to take it back.

While the novel has an intriguing premise, by the end I was left feeling a little cold – and not from chills from the atmosphere. It was a ultimately a bit of a marmite book for me, there were quite a few things I really disliked about it, but at the same time it was dark, oddly compelling and I found I wasn’t really able to put it down.

It was an interesting exploration into a truly psychological tale with very clear comparisons to ‘Rebecca’ by Daphne du Maurier. Whilst it has been described by some as ‘gossip girl at boarding school’ I wouldn’t really have made that comparison. Yes it does feature the idea of rumours and lies and gossip and how they can snowball and ruin people, but that was where the comparison ended.

The pacing was fantastic, as I said, once I started and got into the story even though there were sections that I really disliked and wanted to put the book down after reading, I found I couldn’t. I was compelled to read it to the end, to find out what happened to all the characters and how the problems were resolved.

I loved how throughout the novel we are never given the narrator’s name, she is permanentely living in Becca’s shadow, until the end when she emerges triumphant to the dawn of a new chapter of her life and is finally named. It’s an intriguing twist, one that I found both frustrating at moments and also was highly impressed by. It’s a hard thing to go through an entire novel without actually naming a character to the reader, so to keep it drawn out right until the last page was something impressive.

The New Girl herself was a really good heroine – yes she had moments where I wanted to shake her but for the most part she was strong, clear headed and sure of herself. And the more she learned about who Becca was, the harder she worked to distinguish herself from her and become her own person. As a character arc I thought that was fantastic, and her story and development was definitely a highlight for me. I loved that we were given a story not of epic saving the world or falling madly in love, but of a girl dealing with the problems of social groups, peers and the viciousness of gossip and rumours when set going in a confined space – similar to how you can see them develop in ‘The Crucible. The only thing I disliked about her was her insistence on going back to Max repeatedly, despite standing up to him and not letting him dictate everything, he really didn’t strike me as the sort of guy who she would want to hand around waiting for him to notice her again, and it frustrated me and I felt weakened her character that she did.

However, the initial premise behind getting ‘New Girl’ to Manderley was terrible. It seemed completely implausible that parents would uproot their daughter in her final year of school for no reason other than she wanted to go when she was thirteen. There were so many other scenarios that would have gotten New Girl to school without that massive hole that got the story off to a bit of a jarring start. 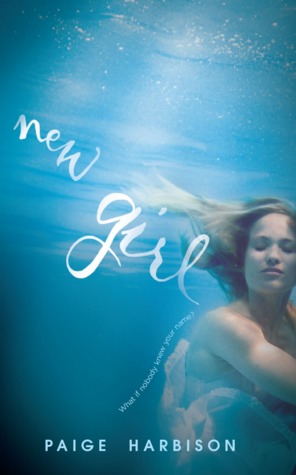 I suppose my biggest problem with the book was the characterization of Becca. The reader is given to understand immediately that she is incapable of thinking of anyone but herself, has no problems with hurting others to get what she wants and demands that the entire world revolves around her. We’re told that her parents dislike her because of something (or several things) she’s done, but we never really fully discover any backstory to that, we never fill in the blanks that could make her into a more three dimensional character. She doesn’t really develop relationships with anyone and uses any feelings anyone else has for her to give her an advantage in her power plays – in other words, she’s a complete sociopath and completely unlikeable. There is no flaw, no chink where the reader might be able to get a grasp on her character, might be able to understand why she acts how she does or find any kind of empathy or sympathy for her. But instead of this realization occurring to the reader as the book progresses, it is a case of being told not shown, right from the first page. It made her character incredibly flat – there was no complexity or development or drive. And yet in some scenes later in the book she appears in a horribly contrived moment to try and repent for all the bad things she’s done. It was mind boggling in its frustration levels.

I also found Max’s attitude towards Becca incredibly forced. At no point does the reader get the feeling that he cares about her in any substantial way. There’s no real chemistry between them, and no sense of the ‘dark fascination’ that Becca holds over virtually every character in the book. There is no real sense of why Max doesn’t just say to everyone that Becca is lying, that these things she keeps saying and doing are all made up, and when she begs him for just one more time, he just complies. As a result he never really developed for me. He stays as this flat character that is quite happy to be steamrollered by an attractive girl for no real reason.

I have quite a large problem with books randomly throwing in backstory for girls that are troubled where they were raped. If it is important to the story, developed and handled well then subject matter like that can really further a book and be incredibly powerful, but when it’s thrown in almost like an after thought and not really explored or resolved or anything then I find it incredibly difficult to read. It feels like it was just a tag on to give the characters a reason to act out and be difficult, not another layer in the emotional build of a character.

So yes, quite a few things that really didn’t work for me personally. However, as I said earlier there was also a lot that did work. Pacing, setting, atmosphere, and New Girl herself, all really fantastic elements that drive the book and keep the weaker moments from floundering. It makes for a very compelling read, but does fall rather heavily into the marmite category – you’ll either love it or you’ll hate it, but either way you’ll find yourself racing to the end to find out how it all resolves.