Books I'm Squeeing About in November

How is it November already?! Possibly because I spent most of October in a birthday cake induced sugar haze... But still! I stand by my original point that this year is flying by all too fast. The only thing that make it ok that we've hit the eleventh month already is the promise of a whole host of new books hitting our shelves this November. So without further ado, here are the books I'm squeeing about this month! 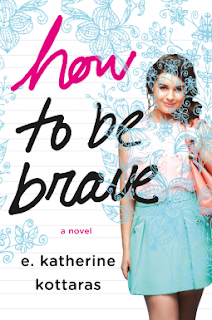 How To Be Brave by E Katherine Kottaras
Release Date: November 3rd
Reeling from her mother's death, Georgia has a choice: become lost in her own pain, or enjoy life right now, while she still can. She decides to start really living for the first time and makes a list of fifteen ways to be brave - all the things she's wanted to do but never had the courage to try. As she begins doing the things she's always been afraid to do - including pursuing her secret crush, she discovers that life doesn't always go according to plan. Sometimes friendships fall apart and love breaks your heart. But once in a while, the right person shows up just when you need them most - and you learn that you're stronger and braver than you ever imagined.


Every now and again a contemporary YA is precisely what I need, and the buzz around this one has me thoroughly interested. It has some big shoes to fill after some of the wonderful YA contemps I've read this year, but I have high hopes. 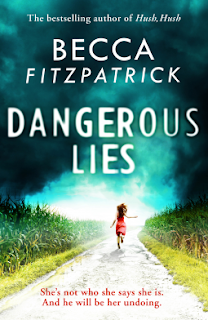 She does not belong in Thunder Basin, Nebraska. As the key witness in a murder trial, Stella is under witness protection, living a life she doesn't want.
No one can know who she really is. Not even Chet Falconer, her hot, enigmatic neighbour. But against her better judgement, Stella finds herself falling under Chet's spell...
A storm is brewing. Is Stella really safe in Thunder Basin? And will Chet be her shelter, or her downfall...

I haven't read any of Becca Fitzpatrick's work before, but I've been meaning to, and with this blurb the time seems right round about now, so I'm taking the plunge. I have the 'Hush Hush' books on standby in case I am smitten. 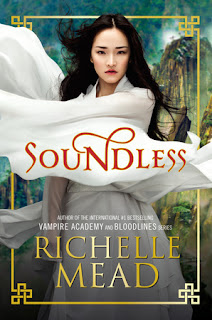 For as long as Fei can remember, there has been no sound in her village, where rocky terrain and frequent avalanches prevent residents from self-sustaining. Fei and her people are at the mercy of a zipline that carries food up the treacherous cliffs from Beiguo, a mysterious faraway kingdom. When villagers begin to lose their sight, deliveries from the zipline shrink and many go hungry. Fei’s home, the people she loves, and her entire existence is plunged into crisis, under threat of darkness and starvation.But soon Fei is awoken in the night by a searing noise, and sound becomes her weapon.Richelle Mead takes readers on a triumphant journey from the peak of Fei’s jagged mountain village to the valley of Beiugo, where a startling truth and an unlikely romance will change her life forever...

Diversity! Chinese folklore! LOOK AT THAT COVER! Another book that has been on my radar since the start of the year, everything about this book appeals to me. My only worry is that I've spent so long getting excited about it, will it live up to the expectations? So far early reviews suggest it will... 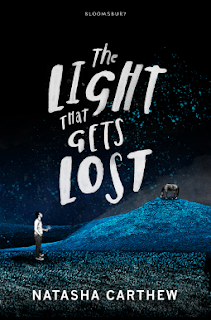 The Light That Gets Lost by Natasha Carthew
Release Date: November 11th
A small boy hiding in a cupboard witnesses something no child should ever see. He tries not to look but he still hears it. And when he comes out, there's no mistaking. His mum and dad have been killed. And though he's only small, he swears that he'll get revenge one day.
Years later, Trey goes to a strange camp that is meant to save troubled teenagers. It's packed with crazies, god-botherers, devoted felons and broken kids. Trey's been in and out of trouble ever since the day the bad thing happened, but he's not here for saving: this is where he'll find the man who did it. Revenge and healing, salvation and hell are a boiling, dangerous mix, and Trey finds himself drawn to a girl, a dream and the offer of friendship in the dark …

This isn't my usual must read, but I've been hearing quite a bit of buzz about this book already so when it popped up on Netgalley I couldn't wait to add it to my to read pile. 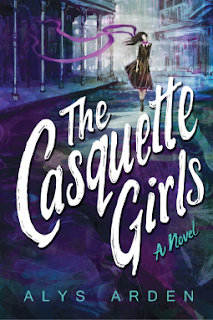 In a post-storm New Orleans, Adele is haunted by myths, monsters, and her own family’s secrets.
After the storm of the century rips apart New Orleans, sixteen-year-old Adele Le Moyne and her father are among the first to return. Adele wants nothing more than to resume her normal life, but with the silent city resembling a war zone, a parish-wide curfew, and mysterious new faces lurking in the abandoned French Quarter, normal needs a new definition.
Strange events—even for New Orleans—lead Adele to an attic that has been sealed for three hundred years. The chaos she accidentally unleashes threatens not only her but also everyone she knows.
Caught in a hurricane of myths and monsters, Adele must untangle a web of magic that weaves the climbing murder rate back to her own ancestors. But who can you trust in a city where everyone has secrets and keeping them can mean life or death? Unless…you’re immortal.

Ever since 'The Originals' made an appearance on my TV, I've been hunting for books set in New Orleans, so combine that blurb and that title with that cover and I am more than a little intrigued.

Lots more gorgeous covers this month, and a whole host of exciting tales that I cannot wait to get stuck into. Are any of these on your reading pile this month? Are there any you're curious to pick up now? And are there any books you think should be on my radar that I've missed? Let me know in the comments below!
Posted by Rosy at 09:00