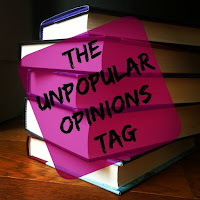 So the wonderful Cait at Paper Fury (who is basically my evil overlord, has great taste in books and loves dragons. She is the best.) tagged me in the unpopular opinions tag. And I never really do tags, and we all know I like voicing my opinions so this seemed like the perfect opportunity to air some grumps, admit to some dislikes, sip some mojitos and generally enjoy voicing some of my unpopular opinions. Ready? Go.

The Bone Season by Samantha Shannon

I got halfway through this one before giving up. I was expecting one thing from the blurb and the first thirty or so pages were what I was expecting, and then it just veered off into completely different territories and lost me along the way. I couldn’t get into this unexpected story and didn’t engage with any of the characters, it was all just a bit bizarre.


The Immortal Rules by Julie Kagawa

Maybe I’d just had a glut of vampires when I picked this one up, but it really didn’t work for me, and actually kinda put me off Julie’s books altogether. I wasn’t fussed on the writing style, the concept, the characters. It was a real chore to make myself get through to the end of the book and put me off wanting to pick up any of her books in the future.

I just did not get along with either of the Will Grayson’s and don’t even get me started on Tiny. I wanted to love this book, I had heard so many good things about it, but the whole thing filled me with rage and grumps and I just could not get along with any of the characters.

A popular book or series that everyone hates but you love?
I don’t know about hates, but I certainly saw a huge amount of ranting from people about ‘The Girl at Midnight’ about how it was far too similar to Laini Taylor’s ‘Daughter of Smoke and Bone’ series. Yeah sure there were similarities (so often now there are similarities between books) but it was also incredibly unique and brilliantly written and I loved it.

Also Salla Simukka’s ‘As Red as Blood’ trilogy, which is criminally under-rated on goodreads, mostly because it is a foreign language book that hasn’t had the smoothest translation into English in some places. Despite the translation issues it was such a gripping and tense read, I couldn’t put it down once I started reading.

ALSO, now I’m thinking about it, ‘The Iron Trial’ by Holly Black & Cassandra Clare received a lot of grumps because of the similarities to Harry Potter, but I really enjoyed it, surprisingly. Yeah sure it had similarities, but it also diverged in a lot of ways and made me really curious to see how the rest of the series goes.

A love triangle where the protagonist didn’t end up with the person you wanted them to?
This happens ALL THE TIME. What can I say, I am a sucker for the underdog… I am PINING for Elias and Helene in ‘An Ember in the Ashes’ but I don’t think there’s a snowballs chance in hell of that one happening. Then there’s Elena and Damon (which in the books I’d read was never going to happen ever) from The Vampire Diaries. Back when I read the Twilight series I always wanted Jacob and Bella to end up together.
Then there’s all the books that broke my heart by setting up a potential love story and then KILLING ONE HALF. I mean WHO DOES THAT. People who enjoy poking my soul with pointy things and cackling, that’s who.
(Please, take my money and give me more books, I love it when you’re mean…)

Popular genre you hardly ever read?
I never used to read contemporary fiction. I was happy with urban fantasy, but straight contemporary never really did it for me. That said I’m reading a lot more of it now, so maybe I just needed some time. I also never read modern crime books, give me historical crime and I’m there, but murder/crime books with a modern setting are just so unbearably graphic and violent on the whole. I get enough violence with Game of Thrones, so my quota is already fulfilled thanks.

A popular/beloved character you dislike?
The only character I really cannot stand that most people seem to love is Lola from 'Lola and the Boy Next Door' by Stephanie Perkins. I talked more about why I didn't get along with her in my review, but I just never warmed to her in the same way I did with Anna. She irritated me, and came across as incredibly immature and self centered. A huge shame given how much I loved Anna and how much I'd been looking forward to getting to know Lola.


Popular author you can’t seem to get into?
Malorie Blackman. I am SO SORRY about this one, I feel terrible but I have tried her work and I just didn’t get along with it. Maybe I need time or space, or to read some other things first, but for now this relationship just isn’t working out.

Popular trope you’re tired of reading?
LOVE TRIANGLES. Dear god when will it end. Seriously, never in real life have I come across a love triangle. And authors seem DETERMINED to make it happen in fiction. It’s like a relationship can’t be tense or interesting unless there’s another love interest on the horizon waiting to complicate things. Cease and desist people, you’re just irritating readers. There are so many amazing books that have NO TRIANGLES WHATSOEVER, and you know what? Those end up being far greater favourites than ones where the heroines is wringing her hands and pining over two blokes who, chances are, are not worth wasting her time over.

I also need to vent about insta-love. We’re seeing less of it now (thank god) but there was a truly dreadful patch where every other book you picked up was stuffed full of insta-love. Love is not like that people. By all means insta-lust and insta-like away, but insta-love is a big red flashing beacon for me. It’s never going to last, you are not going to do half the idiotic things these fictional characters do for their one twuu wuv within a few hours of meeting each other, and chances are good they’re going to get bored and insta-love a whole new relationship next week.

And one of the biggies at the moment, teenagers deciding to handle things on their own. That is only viable up to a point and when they start doing RIDICULOUS THINGS and getting better results than the grownups/being allowed to do things that they would NEVER BE ALLOWED TO DO IN REAL LIFE it really peeves me. People who have trained in their chosen field and have had a job in their profession for some time actually might have a clue what they’re doing cocky teenager who decides no one can be as clever as you and finds RIDICULOUS CLUES. Urgh.

A popular series you have no interest in reading?
50 Shades of Grey. I have read enough detailed reviews from people I trust to know that there is no way I will ever be picking this one up. It doesn’t depict a Dom/Sub relationship, it instead glorifies abuse. It is horrifying the things that people think are ok thanks to this book. As soon as you take away the fact that he’s rich and attractive it stops being a 'love story. and turns into a horror story. Think about the message that’s being sent out that so long as someone has money and good looks they can do what they like in the name of ‘love’ and it’s all fine. 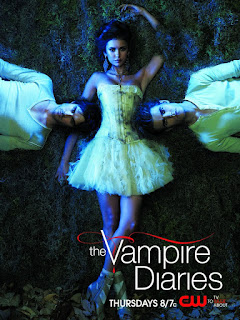 A show/movie adaptation you liked better than the book?
The Vampire Diaries. The books were ok, particularly the first couple. (Do not even get me started on the later books written by a ghost writer rather than LJ Smith herself) but I didn’t get into them in the same way as I did with the TV show. The first three seasons particularly were brilliant TV.

A popular style of cover you can’t stand?
I’m pretty easy to please, just so long as it’s eye catching and appeals to my sense of aesthetic then I’m usually happy with most covers. Although there are some very misleading covers that make you think you’re getting one book and then the insides are NOTHING LIKE THE OUTSIDES. This fills me with grumpuss rage, unless there is a very good reason.

However, there are some that I look at and go WHY, WHY DID YOU THINK THIS WOULD BE A GOOD WAY TO MARKET THIS BOOK?

Example a) Black Arts by Prentice and Weil
Because this is such a good book, and the number of people I've said READ THIS to and they've gone 'oh, it's good? I was put off by the cover.' Which is TRAGIC, because some really amazing books get passed over because of really terrible cover design choices, I am just as guilty of this and I'm trying really hard to get over my cover judgement, but I am ONLY HUMAN.

Example b) Most of Tamora Pierce’s covers. It is terrible because they are SUCH GOOD BOOKS, and these covers just make me want to weep. Stop making this series look like it’s some terrible trashy thing with love triangles galore. Particularly THIS COVER because WHAT EVEN. I mean were they drunk? The damage this cover has done for a truly incredible book that has no instalove whatsoever and actual decent relationships and strong empowered woman. I WEEP.

So there you have it! My unpopular opinions tag, which I thoroughly enjoyed getting my capslock on and sipping mojitos and cackling evilly about all the books that I disliked. It was great, we should totally do this again some time.

But now it's your turn! I am tagging these lovely bloggers because I am curious, but if you aren't tagged and want to have a go, leave me a link to your unpopular opinions in the comments below!