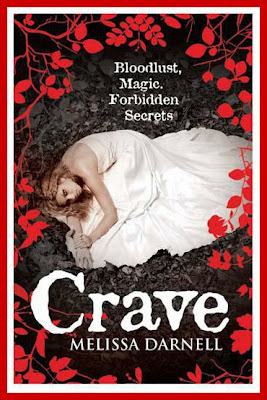 Huge thanks to Mira for sending me a copy to review.

Savannah Colbert has never known why she's so hated by the kids of the Clann. Nor can she deny her instinct to get close to Clann golden boy Tristan Coleman. Especially when she recovers from a strange illness and the attraction becomes nearly irresistible. It's as if he's a magnet, pulling her gaze, her thoughts, even her dreams. Her family has warned her to have nothing to do with him, or any members of the Clann. But when Tristan is suddenly everywhere she goes, Savannah fears she's destined to fail.
For years, Tristan has been forbidden to even speak to Savannah Colbert. Then Savannah disappears from school for a week and comes back…different, and suddenly he can't stay away. Boys seem intoxicated just from looking at her. His own family becomes stricter than ever. And Tristan has to fight his own urge to protect her, to be near her no matter the consequences….

I wasn’t really sure what to expect when I went into this book. On the one hand the premise was intriguing and I did like the sound of it. On the other, I’ve kind of had enough of the whole insta-love with vampire’s thing.

The book started off a little slow and I took about fifty pages to get into it, but after that I was hooked. I’m not quite sure what it was that drew me in, but something about the writing and the story and the fact that it takes its time drew me in until I was riveted and desperate to find out what happened next. It was the sort of book love that creeps up on you when you’re least expecting it.

I loved having the two different view-points. It meant that not we got to see how things played out on both sides, and there was no second guessing over the motives and feelings for the two main characters. I was a bit surprised at some of the differences between how Savannah acts and thinks in her parts, as to how she comes across when Tristan is watching her, they felt a bit too extreme in their differences, but on the whole I really liked getting to know the two characters both inside and out.

And the extra bonus was that there wasn’t any insta-love! Such a refreshing change! Tristan and Savannah have known each other since they were children, played together until they were separated and then been forced to ignore the other ever since – with varying degrees of success. Forbidden love is always a good starting point with me, but I loved that we had the foundations of the friendship to start with and the romance was never rushed or forced. They take time to get to know each other, for Savannah to start trusting Tristan when he wants to spend time with her, and like the rest of the book, the romance really takes the time to build up to a fabulous conclusion.

I loved the new twists that Darnell puts on the supernatural – I did feel that we didn’t get to see enough of Savannah’s abilities but I’m very excited to see more of the Clann and to see Savannah come into her own in the next couple of books.

The writing was great, really good characterization and completely engrossing it drew me in and I found myself really desperate to find out what happened next. It was quite a surprise how much it pulled me in – it wasn’t something I was expecting to happen with this book but it’s the mark of really good writing when I don’t want to put a book down and take a break for a while. Once I got into the book I raced through it and didn’t stop until the end.

There were a few things I wasn’t too fussed on. The first being that some of the scenes felt superfluous to the book. There was so much about the book that focused on her being a normal teenager with a regular day to day existence that at times it felt like the supernatural element was being completely ignored. I would have liked to see a bit more of the supernatural being interwoven in the day to day stuff. To start with it is, but after the initial ‘gaze daze’ incident it all turns into high school drama and boyfriends and the supernatural was pushed to one side. I liked both elements of the story I just feel that they could have been expended and interwoven a little better.

The other irritation links in, because it really felt like we learnt next to nothing about Savannah and her abilities. There was so much where it was pushed aside and then brought out at random moments. I wanted to learn more about it and about her, and I wanted to have some more of her abilities introduced because there was so much of her trying to fit in at school as a normal teenager that I wanted to see how she coped with these extra parts of her and fitting in with those.

I also felt that some of the secondary characters were a bit underdeveloped. We had some really great moments with some of savannah’s friends and then barely see them for the majority of the book. I really hope that we get to see more of them in the next book because there were some really great foundations laid for some of the characters and I really hope that they get used.

The final frustration was her sudden complete and utter obsession with dance. At the beginning of the novel she’s completely clumsy and uncoordinated but with her powers come the grace and ability that make her good at dance. Now yes ok, I get that if you suddenly become good at something then you enjoy it more and want to spend more time doing it, but this was suddenly all consuming life or death for her with very little explanation of introduction of the idea to the reader. One minute she wasn’t fussed, the next minute she couldn’t bear to never dance again, and I didn’t feel that that was really explored enough.

However these were relatively minor and on the whole I really loved the book. It drew me in, the writing was good the characters really well constructed and I found both of them interesting and lively enough that I loved seeing everything from both point of views. For a book that I was on the fence about at the start I’ve come out the other side desperate for the second book and to find out what happens to Savannah and Tristan next and where their relationship goes from here. A book that definitely creeps up on you, I highly recommend it for fans of the supernatural who want a bit of a different take on vampires and witches.