Books I'm Squeeing About in April

We're storming through this year, and yet more lovely books are finding their way into my little grabby hands this month. So keep an eye out for these gorgeous beauties this month when you find your way into a bookstore! 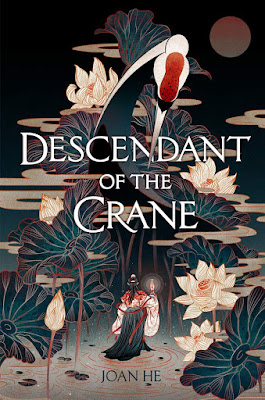 Descendant of the Crane by Joan He
April 2nd 2019

Tyrants cut out hearts. Rulers sacrifice their own. Princess Hesina of Yan has always been eager to shirk the responsibilities of the crown, but when her beloved father is murdered, she's thrust into power, suddenly the queen of an unstable kingdom. Determined to find her father's killer, Hesina does something desperate: she enlists the aid of a soothsayer--a treasonous act, punishable by death... because in Yan, magic was outlawed centuries ago.Using the information illicitly provided by the sooth, and uncertain if she can trust even her family, Hesina turns to Akira--a brilliant investigator who's also a convicted criminal with secrets of his own. With the future of her kingdom at stake, can Hesina find justice for her father? Or will the cost be too high?In this shimmering Chinese-inspired fantasy, debut author Joan He introduces a determined and vulnerable young heroine struggling to do right in a world brimming with deception.

I love that we're finally getting more diverse fiction cropping up in mainstream publishing, and this gorgeous cover and blurb have me all kinds of excited for reading this one. 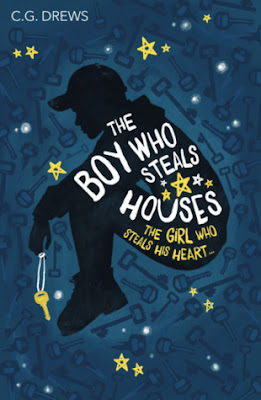 The Boy Who Steals Houses by C G Drews
April 4th 2019
Can two broken boys find their perfect home?Sam is only fifteen but he and his autistic older brother, Avery, have been abandoned by every relative he's ever known. Now Sam's trying to build a new life for them. He survives by breaking into empty houses when their owners are away, until one day he's caught out when a family returns home. To his amazement this large, chaotic family takes him under their wing - each teenager assuming Sam is a friend of another sibling. Sam finds himself inextricably caught up in their life, and falling for the beautiful Moxie. But Sam has a secret, and his past is about to catch up with him.

I adored Cait's debut novel last year, "A Thousand Perfect Notes" and have been antsing for her follow up ever since, and now it is almost here! Behold the beauty! Seriously, her writing is amazing and I'm super excited. 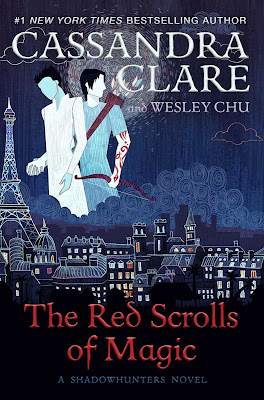 The Red Scrolls of Magic by Cassandra Clare & Wesley Chu
April 9th 2019
All Magnus Bane wanted was a vacation—a lavish trip across Europe with Alec Lightwood, the Shadowhunter who against all odds is finally his boyfriend. But as soon as the pair settles in Paris, an old friend arrives with news about a demon-worshipping cult called the Crimson Hand that is bent on causing chaos around the world. A cult that was apparently founded by Magnus himself. Years ago. As a joke. Now Magnus and Alec must race across Europe to track down the Crimson Hand and its elusive new leader before the cult can cause any more damage. As if it wasn’t bad enough that their romantic getaway has been sidetracked, demons are now dogging their every step, and it is becoming harder to tell friend from foe. As their quest for answers becomes increasingly dire, Magnus and Alec will have to trust each other more than ever—even if it means revealing the secrets they’ve both been keeping.

There's a special place in my heart for Alec and Magnus, and I feel for poor Magnus in his desperate desire for a holiday. Basically I can't wait for a novel that (finally) focuses on these two.