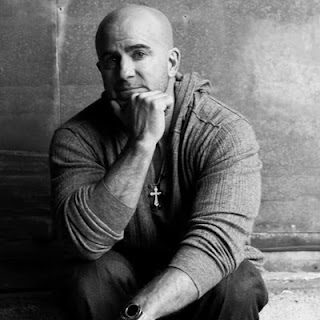 Today I have the very great pleasure of hosting debut author Scott Wilbanks, author of the newly released 'The Lemoncholy Life of Annie Aster' as he talks about the highs and lows of being a debut author. I'll provide you with links to find Scott in all the usual social media places at the end, but for now I am simply going to pass you over to Scott!


Highs And Lows Of Being A Debut Author

Before I dig into our topic, Rosy, I have to ask, did you notice any parallels between Annie (my protagonist) and yourself?

Like you, she’s a twenty-something bibliophile who also happens to be obsessed with every movie you listed on your profile page (though I can’t help but notice the absence of Keira Knightley’s Pride And Prejudice). And while she can’t bake her way out of a wet paper bag, it all leads me to wonder if you have an obsession for Victorian clothes, perhaps?

My road to publication can best be described as an accidental eight-year journey down a crooked path that was littered with well over a hundred rejection letters. And while it’s fair to say that I was pretty low by the hundred and first, there was an isolated incident that occurred after I’d received my book deal that very nearly broke my heart.

To put it in context, however, I first need to talk about two of the characters in my novel.

Christian, Annie’s best friend, has a secret buried so deep within his subconscious that it burdens him with a debilitating stutter. He’s a total sweet heart, an innocent who only sees the good in others, while seeing nothing but the bad within himself.

When I needed a foil, someone to draw his secret to the surface, I created Edmond, another sweetheart who is, however, anything but innocent, primarily because he has a demon—drug addiction. To make Edmond and his struggle authentic, I borrowed from a close friend’s playbook who had a history of dealing with the same.

Christian and Edmond’s journey together formulates only the secondary storyline of my novel, but they are both near and dear to my heart, nonetheless.

Four weeks after my publishing house moved Lemoncholy into production, and just two weeks after I’d spent an hour on the phone with this very dear friend who inspired Edmond, discussing his first international trip to visit me in New Zealand, I received an email from his sister. He’d died of an accidental overdose.

I can’t even begin to describe to you how the news impacted me, but I can let you in on a little secret that might make such a description superfluous.

I’m Christian—social awkwardness and all.

So, to anyone who decides to give my book a whirl, pay close attention the resolution between these two men, and you will begin to understand the weight of my loss.

But that is the risk you take, I suppose, when you write a book about misfits, all of whom are marginalized by an unforgiving society, and draw from very real friends to give them life.

I found out only two weeks ago that the person who inspired Annie (only in part, as Ms. Jane Austen also influenced her heavily) had also passed.

It almost seems silly, then, to talk about the high point of my journey, coming on the heels of that news, but I don’t think it will be what you expect. It wasn’t the moment I got the call from my agent (though that was pretty darn cool), nor was it the moment I was offered a book deal. It was the direct result of the endless parade of rejections—the novel, itself.

If it weren’t for every last one of them, coupled with my absolute refusal to give in, I would have never actually learned how high to set the bar to become published, nor would I have acquired the level of craft to achieve that goal. It was a painful, poignant, and incredibly rewarding process. 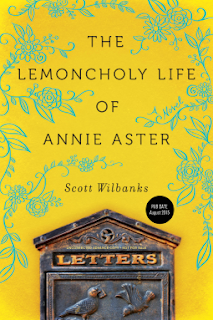 Thank you so much Scott for taking the time to talk to us about those staggering highs and lows and for providing such insight into the novel. In answer to your question I do have a taste for Victorian clothing, but alas I have yet to find a time travelling door or to be able to afford such a fantastic house as Annie's!

If this post has piqued your interest, the novel is now available wherever books are sold, and you can check out my review here!

You can also find Scott on various corners of the interwebs:

Thank you again for chatting to us, your post made for fascinating reading. I think I speak for all of my readers when I say that I'm sorry that the lows that came along were quite so extreme.
Posted by Rosy at 09:00