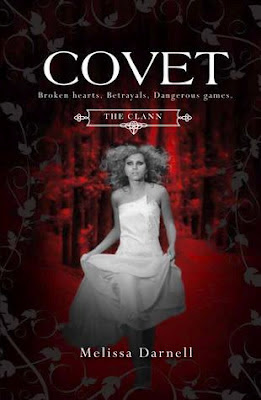 Dangerous to be together. Painful to be apart. Savannah Colbert knows she broke up with Tristan Coleman for the right reasons. Most of all, to keep from killing him with her new vampire abilities. But try telling her heart. Now, lost in a sea of hostile Clann faces, Sav tries to come to terms with what she's becoming and what that means for her future. And that someone is doing their best to bully her into making a terrible mistake.
Tristan can't believe Sav won't even talk to him. If being apart is her decision, fine. Just don't expect him to honor it. But even as he prepares to fight for the girl he loves, forces beyond their control take them both in directions neither could have foreseen or prepared for.
A reckoning is coming and not everyone will survive…

There’s something mysteriously compelling about this series, because despite the fact that a lot of the book is taken up with Sav attempting to be a normal teenage girl and her day to day life, it still manages to be pretty riveting.

Crave left us on a bit of a cliff-hanger and I was pretty desperate after that ending to find out what happens next.  Covet takes us straight back in at the action we left in the first book and throws us straight into the deep end with some pretty hard hitting and emotional scenes within the first fifty pages of the book.

Whilst the plot is very good it does takes its time to get going after the initial splurge at the start, and it relies heavily on the characters to be interesting enough to keep your attention during the slower sections. Luckily Covet has two very strong leads and a host of fascinating secondary characters that kept me hooked right the way through.

After the initial set up of Sav and Tristan’s characters in the first book, as well as their romance, it was really interesting to see the two of them work more as individuals and to get to know a bit more of them throughout this book. I love Sav, who is desperately trying to balance the crazy with the normal, the supernatural and the blood lust with school and friends, and my heart really went out to her as she tries to find her centre and balance as well as dealing with all the heartbreak and trauma that is thrown at her throughout.

I love Tristan, and I love that we get to see his point of view as well as Sav’s as it helps to keep the narrative fresh and balanced. It was great to see the two separate narratives gradually weave together. Their romance is not one of the easiest, but it is definitely one of my favourites. It feels real and honest and I love the two of them and the fact that they are separate individuals in their own right, not just smushed into a couple from the start.

It was great to see more of Sav’s dad, I thought that was a fantastic addition to the story as I never really warmed to him in the first book and there was so much more to him than first appeared. I also loved the blossoming friendships and some nice new supernatural additions thrown into the mix to keep everything interesting.

All in all I think this sequel more than lives up to the high standard set by the first book and I strongly urge you to go and get your copy if you fancy a fresh twist on the vampire story and some fabulous star crossed romance thrown into the mix. Admittedly the cover does let it down a little, but don’t let that put you off! For fans of Crave this is a must read, and fans of well written young adult supernatural romance, Crave is a fantastic start to a brilliant new series - and Covet is even better!