Spring is sprunging, and there are new books on the horizon! Which is excellent news for my brain, and  terrible news for my bank balance and book shelves. I need to build new bookshelves...
Here are the excitingly beautiful bookish delights hitting our shelves this month that I can't wait to get my hands on! 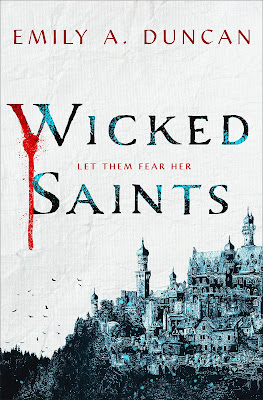 Wicked Saints by Emily A Duncan
May 1st 2019
When Nadya prays to the gods, they listen, and magic flows through her veins. For nearly a century the Kalyazi have been locked in a deadly holy war with Tranavian heretics, and her power is the only thing that is a match for the enemy's blood magic. But when the Travanian High Prince, and his army invade the monastery she is hiding in, instead of saving her people, Nadya is forced to flee the only home she's ever known, leaving it in flames behind her, and vengeance in her heart. As night falls, she chooses to defy her gods and forge a dangerous alliance with a pair of refugees and their Tranavian blood mage leader, a beautiful, broken boy who deserted his homeland after witnessing his blood cult commit unthinkable monstrosities. The plan? Assassinate the king and stop the war. But when they discover a nefarious conspiracy that goes beyond their two countries, everything Nadya believes is thrown into question, including her budding feelings for her new partner. Someone has been harvesting blood mages for a dark purpose, experimenting with combining Tranavian blood magic with the Kalyazi's divine one. In order to save her people, Nadya must now decide whether to trust the High Prince - her country's enemy - or the beautiful boy with powers that may ignite something far worse than the war they're trying to end.

Everything about this screams excitement to me. Magic! Fantasy land! War! Politics! Basically I need more things to filled "The Priory of the Orange Tree" shaped hole in my heart. Gimme! 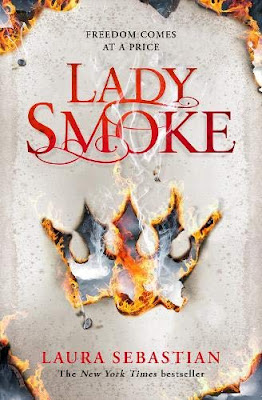 After escaping from imprisonment under the brutal Kaiser, Theodosia is on the run, plotting to take revenge and reclaim her rightful place as queen of the enslaved Astreans.Thousands of miles away from her people and her throne, Theo and her friends must work to gather an army. And the only way is to auction herself as a bride – to the kingdom who will pay the most. Freedom always comes at a price and with the Kaiser closing in, she must rely on her wits to identify who she can really trust.
I know, I know, I still need to read the first book. But I know I'm going to love it, and I can still desperately want the sequel even not really knowing what's happening... I don't have a book problem. Really, I don't... 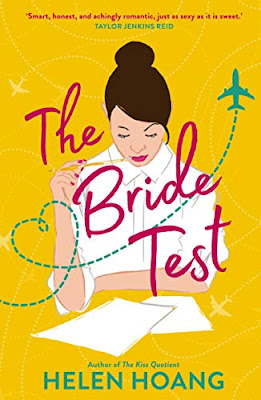 Khai Diep has no feelings. Well, not big, important emotions - like grief. And love. He thinks he's defective. His family knows better - that his autism means he just processes emotions differently. When he steadfastly refuses to consider a relationship, his mother takes matters into her own hands and returns to Vietnam to find him the perfect bride.As a mixed-race girl living in the slums of Ho Chi Minh City, Esme Tran has always felt out of place. So when the opportunity arises to go to America and meet a potential husband, she can't turn it down. This could be the break her family needs. Seducing Khai, however, doesn't go quite as planned. Esme's lessons in love seem to be working... but only on herself. She's hopelessly smitten with a man who's convinced he can never return her affection.As Esme's time in the United States dwindles, will Khai let his head catch up with his heart? Will he find the strength to let go, and let love in?

I've seen so much buzz about this one already, and it just sounds amazing! I really need to read "The Kiss Quotient" too, but I cannot wait to get my hands on this! 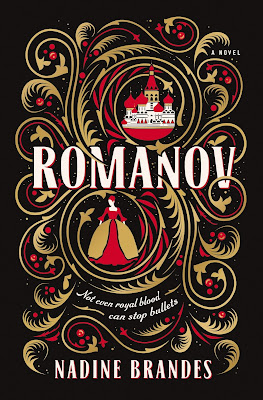 Romanov by Nadine Brandes
May 30th 2019
The history books say I died. They don't know the half of it. Anastasia "Nastya" Romanov was given a single mission: to smuggle an ancient spell into her suitcase on her way to exile in Siberia. It might be her family's only salvation. But the leader of the Bolshevik army is after them... and he's hunted Romanov before. Nastya's only chances of saving herself and her family are either to release the spell and deal with the consequences, or to enlist help from Zash, the handsome soldier who doesn't act like the average Bolshevik. Nastya's only dabbled in magic, but it doesn't frighten her half as much as her growing attraction for Zash. She likes him. She thinks he might even like her... That is, until she's on one side of a firing squad... and he's on the other.

I adore stories about the Romanovs so this just sounds amazing and exciting and I really hope it lives up to the hype, because I want to love it so bad!

There you have the books I can't wait for this month, now tell me some of yours in the comments below!