We need to talk about the Gossip Girl finale: New York, I love you xoxo 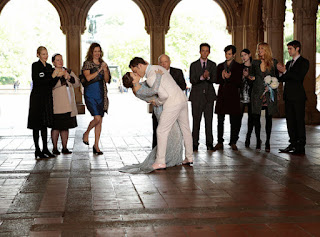 I’m having some issues with television at the moment, all about trust and the relationship between the audience and the writer’s/producers, because unless you’ve been hiding under a rock for the last few weeks, Gossip Girl’s identity was finally revealed this week and it brought to the fore all my ugly grumps when it comes to this relationship.

I love TV shows – actually scrap that, I love clever TV shows. Now I’m not saying that they have to make me think, or put my intellectual cap on to enjoy them, they can be clever in all sorts of different ways, but they have to engage me and persuade me to connect with them. I have to want to invest my time in them, want to tune in at the right time, or demand to catch up as soon as they become available – otherwise what’s the point?

My biggest case right now, if you haven’t figured it out yet, is with Gossip Girl. I loved this show when it started. It was the delicious guilty pleasure watching these scheming, manipulative rich kids do truly terrible things to each other. Yet I watched the entire first season in less than 48 hours. Why I hear you ask – because it was clever, it was smart, it was well written, and it was fantastic.

And I stuck with it determinedly as they went off to college and everything slowly deteriorated into a royal cluster fuck of idiocy, bad plots and characters warped so badly that they were barely recognisable when placed next to their series 1 counterparts. There were still good storylines, the odd fantastic episode that reminded me of the glory days, but the fantastic spark of Gossip Girl was dying. It shrank with the ridiculous Jenny and Chuck hook up. It went out when Chuck punched the wall by Blair’s head and abused and intimidated her.

And then came the finale, and some terrible twisted part of me wanted to see how they’d tie this all up with a neat little bow. And frankly, I wish I’d stopped watching the show  when Chuck finally said ‘I love you’ to Blair at the end of Season 2. Yes there were some good moments – Jack Bass and Georgina? Blair and Chuck having serpent wedding rings? Henry! But what undermined, ridiculed and flat out destroyed the show, right back into the previously brilliant Season 1 was the reveal of Gossip Girl. 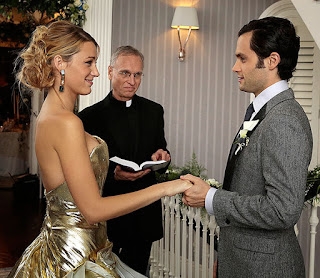 Because the writers reveal of Dan as Gossip Girl not only gave the show more holes than a colander, it was an effective middle finger to the audience. It said to us that not only did they not care that the show now made little to no sense with this reveal, that they had effectively put the five core character’s names in a hat and drawn one out at random, but that they thought we were stupid enough not to care.

And that damages my relationship not just with the show, but the writers and producers who have gift wrapped and handed that to me. I now wouldn’t touch anything Stephanie Savage worked on with a barge pole because she has shown (with the help of many others) that she considers the audience of any ‘teen show’ she works on to have the intellect of a five year old, with an attention span half that.

Because by revealing Dan as Gossip Girl they not only undermined any character development his character had (remember back when Dan was the good guy???)  but they showed that he was not the once nice guy/slightly creepy writer we had watched for the last six seasons, he was a deranged, stalker. He met Serena once. Once. And off that he decided to create a website that effectively tracked her every move, vilified, bullied and humiliated not only her but her friends, and then at the end Serena, instead of backing away with the mace spray held in front of her, not only calls this abusive, psychotic and downright disturbing behaviour a ‘love letter’  but then goes on to marry the guy? Excuse me show, what message are you trying to send out to your audience? That creepy and stalkerish is the new cute, that abusive is good, that women deserve no less and are utterly brainless and devoted when it comes to their one true epic love no matter what he has done to them and how he has treated them?

Because that’s not ok in my book.

Abuse is not ok. Verbal, physical, emotional. None of it. It is not romantic, it is not excusable, it is not something that women (or men) should have to put up with from their partner, or someone they are romantically involved with.

And it terrifies me that so many books and shows and films are showing this type of relationship as the norm. When did this happen??? How??? Why??? It leaves me kinda speechless. (Or not  apparently given the length of this rant.) 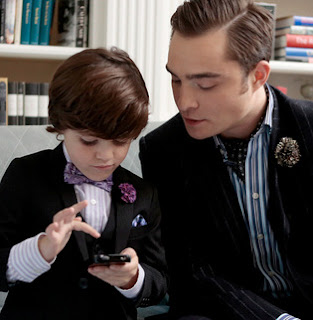 What the show did was turn Dan into even more of a horror than Chuck, and Chuck has done some truly unforgiveable things to Blair in the past. And maybe that was the point, by making Dan an even worse villain that suddenly made Chuck and Blair’s relationship ok and normal and acceptable. Because their relationship was pretty messed up. And I say that coming from a huge Chair shipper point, back before they took Chuck down a terrible, unforgiveable path in Season 3.

Because ‘teen shows’ are so much more than that now, and the writers should have kept up with what was happening outside the bubble of Gossip Girl, because we’ve had some truly excellent shows that have come along and completely redefined the idea of what a teen show should be. There are intelligent, brilliant. Sharp, well written, incredibly fast paced shows that don’t feel the need to create female characters that are so mind-blowingly vapid that they will cling to any abusive guy they think is their soul mate. And I’m thrilled that there are shows out there like that, I’m just devastated that Gossip Girl let me down at the final hurdle and gave a condescending half arsed ploy to tie everything up in neat little bows.
Posted by Rosy at 21:00