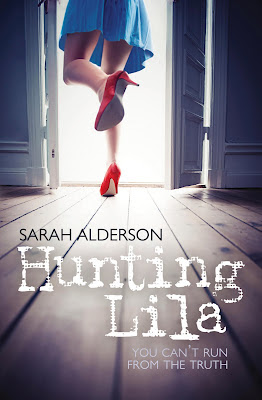 17-year-old Lila has two secrets she's prepared to take to the grave. The first is that she can move things just by looking at them. The second is that she's been in love with her brother's best friend, Alex, since forever. After a mugging exposes her unique ability, Lila decides to run to the only people she can trust - her brother and Alex. They live in Southern California where they work for a secret organisation called The Unit, and Lila discovers that the two of them are hunting down the men who murdered her mother five years before. And that they've found them. In a world where nothing and no one is quite as they seem, Lila quickly realises that she is not alone - there are others out there just like her - people with special powers -and her mother's killer is one of them…

So I read this book on a recommendation because of the romance at the novel’s heart, and I did really enjoy it, but it elicited quite a mixed reaction from me whilst reading.

Let me first say that I did really enjoy the book, it was a really good concept and a great plot with some swoon worthy moments, and some brilliant twists and turns, however whilst really enjoying it, on closer inspection there were quite a few things that also really irritated me.

Let’s start with Lila. She had the potential to be smart, funny and strong – she has this awesome power that gets the story of to a fantastic start, and then it kind of peters out. Literally the first half of the novel is Lila getting increasingly frustrated with her brother, swooning over her life long love Alex, and getting grumpy. That’s it. There’s no action, there is plot development but it’s hidden underneath so many layers of Lila making eyes at Alex and doing pretty much anything to get his attention that it’s virtually non-existent.

Don’t get me wrong, I like romance, I am fully on board with all swooning. But when I learn very little about a character other than she really, really, really really really likes this guy and it’s tragic because he only ever sees her as his best friend’s little sister, and she would literally consider twisting her ankle to get close to him, I do get a little irate.

Yet I kept reading. It was still compelling, still intriguing (partly from wondering when Lila would get her damn act together) and I still wanted to find out what happened.

As I said, half way through suddenly we get action, and it’s this thrilling chase with betrayal and confessions and kisses and it’s really good. I enjoyed finding out more about the psys, and to fill in some of the blanks and the backstory, but again, I kind of felt that some of the twists were a bit predictable. I wanted them to be jaw dropping, fantastic things, but they fell into the usual format.

I’ve now discovered there is going to be a second book, and I’m more excited about that than this one. It felt like by the end of this book we finally got to see a bit of the actual Lila creeping in, and I want to get to know her, not the boy obsessed one. I really want to see where this develops and goes to, because it really is a fantastic premise and it has the potential to be an absolutely stunning series, I just wasn’t too fussed on some of the choices made in this first book.

So to sum up, I loved the premise of the book, and it was intriguing enough to keep me reading, but I really wasn’t all that fussed on the elements of Lila that were emphasised or the complete lack of any action or plot development or any kind in the first half of the book. I do still recommend it, for anyone who likes young adult urban fantasy with the super psychic powers twist, and I’m really excited about the second book.