Review: The Originals - The Rise by Julie Plec 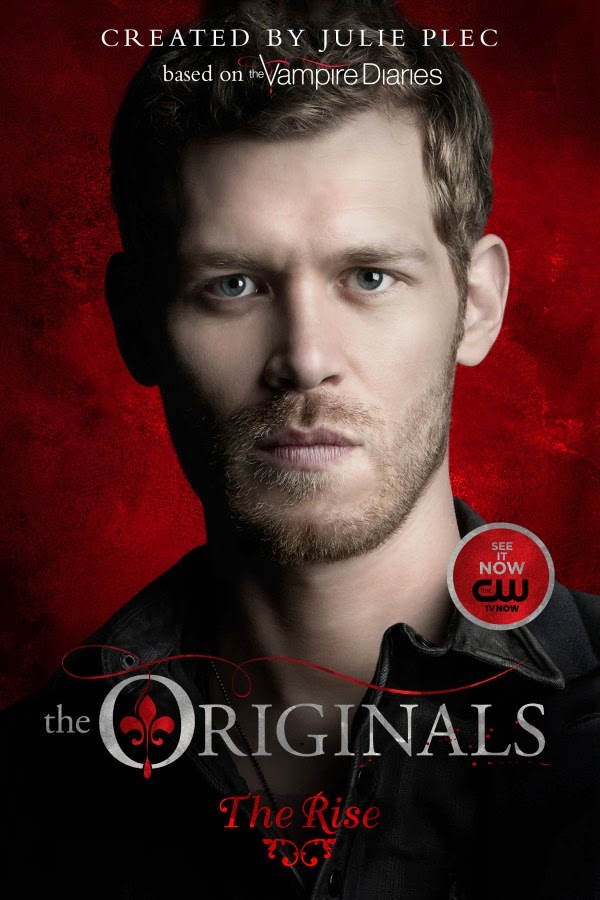 Family is power. The Original vampire family swore it to each other a thousand years ago. They pledged to remain together always and forever. But even when you're immortal, promises are hard to keep.
Arriving in New Orleans in 1722, Original vampire siblings Klaus, Elijah and Rebekah Mikaelson believe they've escaped their dangerous past. But the city is lawless, a haven for witches and werewolves unwilling to share territory. The siblings are at their mercy…especially after Klaus meets the beautiful and mysterious Vivianne. Her impending marriage is key to ending the war between the supernatural factions—and Klaus's attraction to her could destroy the uneasy alliance. As Elijah works toward securing a piece of the city for his family, and Rebekah fights her unexpected feelings for a French captain, will Klaus's volatile desires bring their world crashing down—and tear them apart for good?

I want to say upfront that I love the TV show ‘The Originals’, I think it’s fantastic, so I was curious to see how this book expanded on the most messed up family we know. However there is always a danger with books based off movies and TV shows that things are going to go horribly wrong, and sadly this book continued that trend. Luckily it wasn’t quite as dire as ‘Stefan’s Diaries’ who were obviously written by someone who had never seen The Vampire Diaries or read the original books and felt like making up some bad backstory that didn’t correlate to anything in the slightest. There was a lot going for this first instalment in ‘The Originals’ backstory, but sadly there were enough cons to deny it a higher rating.

For fans of the tv show no real introduction or character building is necessary, we’re coming into this with a working knowledge of these characters and everything about them. However this book relies far too heavily on that early knowledge and as a result does no work at all to build the characters or make the story remotely readable for someone who has never seen the show. Without the show we would have very little character development or even any idea about who these people are and what they’re doing. It’s sloppy and something that could have been easily remedied.

Then there are the irritations. The instalove, which occurs with both Klaus and Rebekah. The characters are all so flat and the narrative glosses over so much of the story that there is no depth, no real development and no emotion. We are told they are in love, so much so that they will overturn their lives, and after what? A dance? A conversation? It is so laughable and so terrible and yet that is what the majority of the plot hinges upon.

There are small frustrations like the inability to give characters the correct eye colour. If you’re going to base it off a well known TV show, you may as well actually watch the show so you can get details right, otherwise you’re just going to irritate your readers.

And then there is the complete disregard for an accurate portrayal of the time period and the speech that comes with that. It is so glaringly modern with the speech, slang and informalities, that it sounds like a modern setting when it’s meant to be 1722.


However despite all of this it’s quite a quick and fast paced read. I liked seeing a new piece of the Originals backstory open up, and some of the writing was relatively well done. It was engaging enough that I will go back to the series when the second instalment is released as I’m interested to see where they take it next.