Books I'm Squeeing About in March

It's been a long time since I've posted about books I'm squeeing about, but with some of my favourite authors giving us new and exciting books this month I couldn't resist. So without further ado, here are the three books I am particularly excited to get my mitts on this month! There are so many that it is incredibly hard to choose, but these three have really snagged my attention!

(All release dates are for the UK editions) 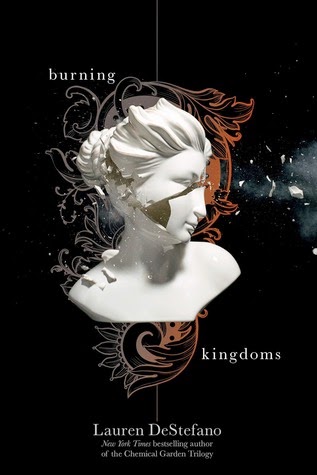 After escaping the city of Internment, Morgan and her fellow fugitives land on the ground to finally learn about the world beneath their floating island home.
The ground is a strange place where water falls from the sky as snow, and people watch moving pictures and visit speakeasies. A place where families can have as many children as they want, bury their dead in vast gardens of bodies, and where Internment is the feature of an amusement park.It is also a land at war.Everyone who fled Internment had their own reasons to escape their corrupt haven, but now they’re caught under the watchful eye of another ruler who wants to dominate his world. They may have made it to the ground, but have they dragged Internment with them?
Lauren DeStefano can do no wrong. Her debut series ' The Chemical Garden Trilogy' was incredible. Beautifully written, heartbreaking yet full of hope and with such fresh and exciting ideas, I adored the series, and 'Perfect Ruin' the first book in the Internment Chronicles showed that she was a writer to be reckoned with. It was a fantastic book and left me desperate for more, and I cannot wait to see what happens in book two!
You can pre-order this book on Amazon here 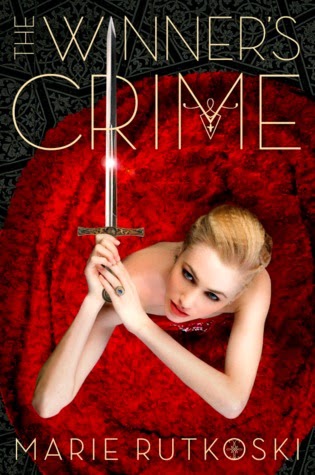 12th - The Winner's Crime by Marie Rutkoski (The Winner's Trilogy Book 2)
Lady Kestrel's engagement to Valoria's crown prince calls for great celebration: balls and performances, fireworks and revelry. But to Kestrel it means a cage of her own making. Embedded in the imperial court as a spy, she lives and breathes deceit and cannot confide in the one person she really longs to trust ...
While Arin fights to keep his country's freedom from the hands of his enemy, he suspects that Kestrel knows more than she shows. As Kestrel comes closer to uncovering a shocking secret, it might not be a dagger in the dark that cuts him open, but the truth.Lies will come undone, and Kestrel and Arin learn just how much their crimes will cost them in this second book in the breathtaking Winner's trilogy.
I came late to this series and only caught up last week when I stormed through both book 1 and 2 in a couple of days. I love this series, it is fantastic. Full of beautiful prose and evocative imagery and brutal moves in this cut throat world of spying and politics. This book more than lives up to the high bar set by the first and I cannot wait to be able to talk about this book more! Keep an eye out for my review in a couple of days!
You can pre-order this book on Amazon here 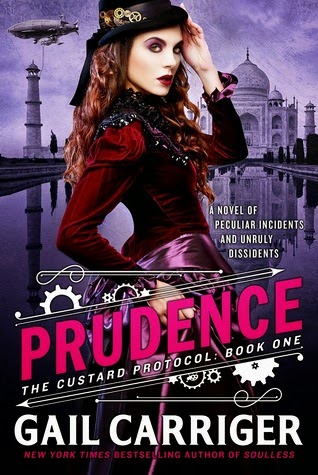 19th - Prudence by Gail Carriger (Book 1 in the Custard Protocol Series)
When Prudence Alessandra Maccon Akeldama (Rue to her friends) is given an unexpected dirigible, she does what any sensible female would under similar circumstances - names it the Spotted Crumpetand floats to India in pursuit of the perfect cup of tea.
But India has more than just tea on offer. Rue stumbles upon a plot involving local dissidents, a kidnapped brigadier's wife and some awfully familiar Scottish werewolves. Faced with a dire crisis and an embarrassing lack of bloomers, what else is a young lady of good breeding to do but turn metanatural and find out everyone's secrets, even thousand-year-old fuzzy ones?
I adore Gail Carriger's books. They are witty, biting and so incredibly inventive. She is my favourite steampunk author and I am so excited to go back to the world of her debut series with an all grown up Prudence. Ever since the very first announcement I have been desperate to read this, and I am counting down the days this month until I can sink into it!
You can pre-order this book on Amazon here
So those are the top three books that I can't wait for this month, what books are you desperate to get your hands on?
Posted by Rosy at 11:30