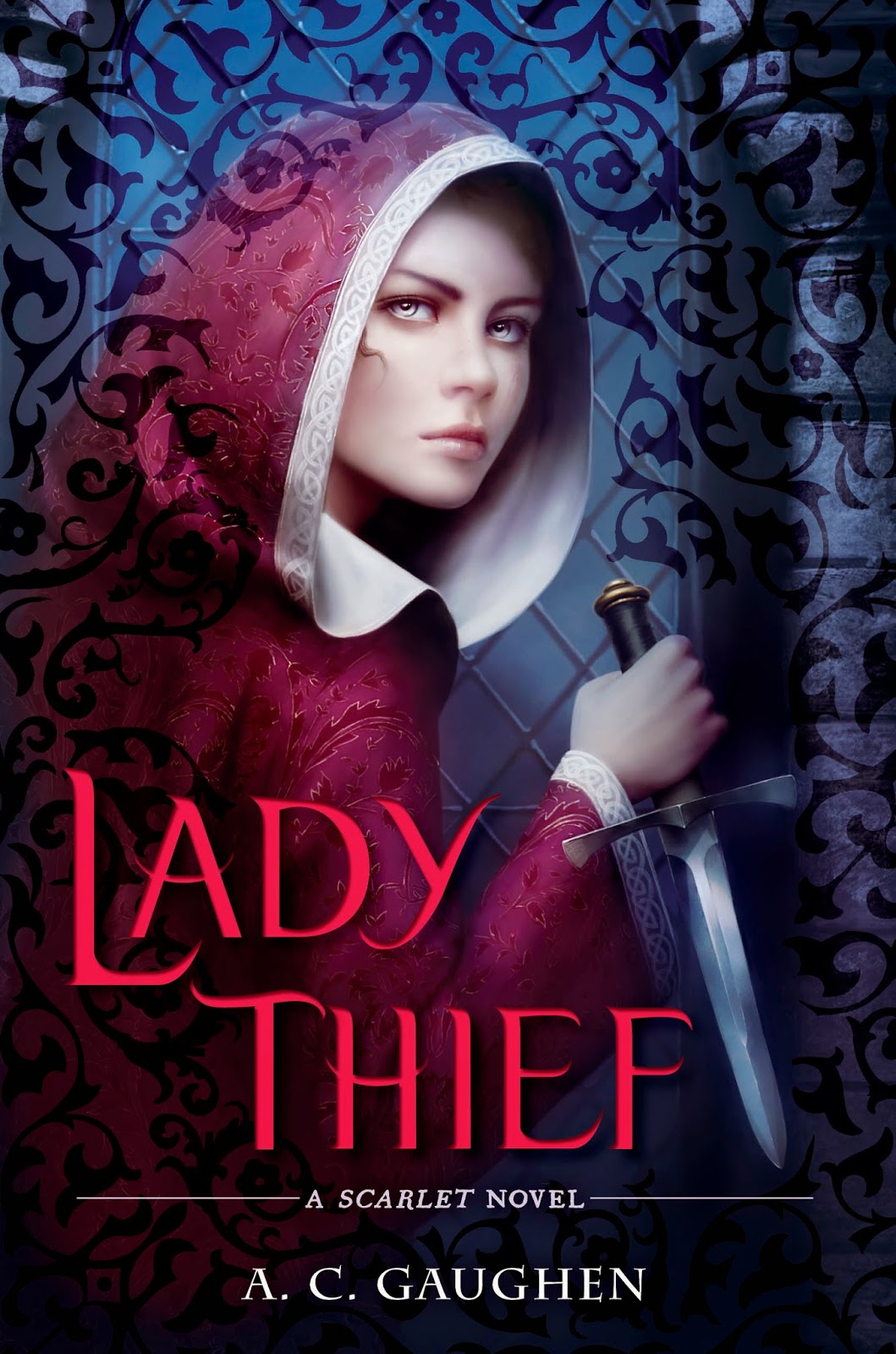 Scarlet’s true identity has been revealed, but her future is uncertain. Her forced marriage to Lord Gisbourne threatens Robin and Scarlet’s love, and as the royal court descends upon Nottingham for the appointment of a new Sheriff, the people of Nottingham hope that Prince John will appoint their beloved Robin Hood. But Prince John has different plans for Nottingham that revolve around a fateful secret from Scarlet’s past even she isn’t yet aware of. Forced to participate at court alongside her ruthless husband, Scarlet must bide her time and act the part of a noblewoman—a worthy sacrifice if it means helping Robin’s cause and a chance at a future with the man she loves.

Scarlet was one of the best books I have ever read. It was incredible and I loved it. I couldn’t bear the idea that we wouldn’t have any more opportunities to find out what happened next, as originally it seemed that Scarlet would be a standalone. Then Ms Gaughen announced that there would be more to Scarlet’s story, and I (and everyone else who read it and fell in love with her) were thrilled.

In fact I was so nervous about how good Scarlet had been and how high my expectations now were that I took a very long time to eventually let myself read this book. But I really shouldn’t have worried, this book was just as good as the first, and it was so wonderful to be back with Scarlet and the others.

The characters are beautifully written. I love seeing the world through Scarlet’s eyes. I love slipping into her dialect as she blends in with the boys and how the lady pushes through at other points. Her voice is so fantastically real and that makes the story even more special to read. I love her view of Robin, how she is able to see his flaws, not to put him up on a pedestal, but to love every broken and strong part of him equally with all the broken and strong parts of herself.
She went through hell for him at the end of the last book, and again throughout this one, and at no point does she lose herself or diminish herself for the love of him. It is such a wonderful healthy view of love.

This book is infused with sadness and despair. All seems to be lost, or in the process of slipping away and whilst there are bursts of sunlight and happiness, it is a much quieter and tragic book than the first. It really gives the feeling that this is not a children’s story, that there is darkness and not everyone we love will come through this, either in one piece or at all.

It’s a riveting story full of complex characters that constantly make you question what you know and who you should trust. Scarlet’s views obscure the readers and Ms Gaughen does a fantastic job of keeping the twists hidden, weaving an ever more tangled web around the characters are they try to pull themselves and the town out of the horrors that are lurking waiting to be unleashed.
Characters are never black and white, they shift and mutate reflecting life where nothing is ever that simple. It is a much more grown up tale of Sherwood and Nottingham that greets us in the pages.

The friendships and determination never to surrender or give up are what drives this book. The unwavering loyalty to each other and to the town and the refusal to give in – to the cold, to the tyrants, to the never ending hunger and loss. It is the bright warmth at the heart of this menacing and chill tale.


I adore this sequel, it is a beautiful continuation of the tale and it sets up for a wonderful third part of the story ‘Lion Heart’ which will be released May 19th.  If you haven’t yet discovered Scarlet and her gang of thieves, start now with the first book you won’t be disappointed, this is one of the best retellings of Robin Hood I have ever read.