Books I'm Squeeing About in January 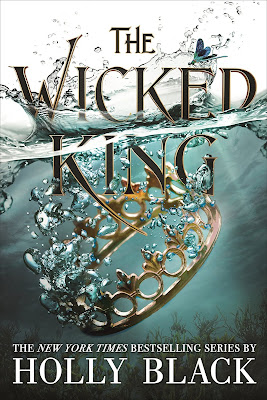 I have heard that for mortals, the feeling of falling in love is very like the feeling of fear. Jude has tricked Cardan onto the throne, binding him to her for a year and a day. But the new High King does everything in his power to humiliate and undermine her, even as his fascination with her remains undimmed. Meanwhile, a traitor in the court is scheming against her. Jude must fight for her life and the lives of those she loves, all while battling her own complicated feelings for Cardan. Now a year and a day seems like no time at all...

I admit, I have yet to read the first book, but I've heard so many good things about it, that getting the second is already a bit of a given. I'll get to them both soon... 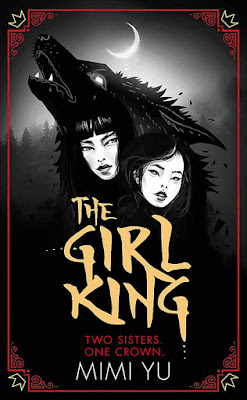 All hail the Girl King
Sisters Lu and Min have always known their places as princesses of the empire. Lu is destined to become the first female emperor, while Min is resigned to a life in her shadow. When their father declares their male cousin heir instead, his betrayal throws both their lives into chaos. Determined to reclaim her birthright, Lu must flee the court in search of an ally. Her quest leads her to Nokhai, the last surviving wolf shapeshifter. After years in hiding, Nok is forced into an uneasy alliance with the girl whose family killed everyone he ever loved. Now they need an army to take back the throne. Left alone in the volatile court, Min's hidden power awakens. It's a forbidden, deadly magic that could secure Set's reign... or allow Min to claim the throne herself.But there can only be one emperor, and the sisters' greatest enemy could turn out to be each other...
Everything about this just appeals, and sounds like it is absolutely my cup of tea. Bad ass warrior ladies! Fighting the patriarchy! Diversity! *grabby hands* 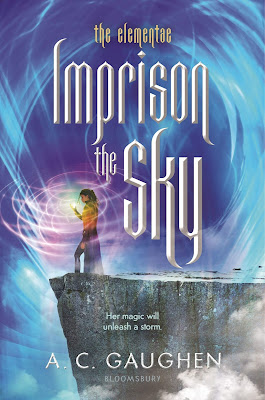 Stolen from her family as a child, Aspasia has clawed her way up the ranks of Cyrus's black market empire to captain her own trading vessel--and she risks it all every time she uses her powerful magic to free as many women, children, and Elementae from slavery as she can.
But Cyrus is close to uncovering her secrets--not only that Aspasia is a wind Elementa with the ability to sail her ship through the sky, but that she is also searching for her lost family. And if Aspasia can't find her younger siblings before Cyrus does, she will never be able to break free.
Armed with her loyal crew full of Elementae and a new recruit who controls an intriguing power, Aspasia finds herself in the center of a brewing war that spans every inch of the ocean, and her power alone may not be enough to save her friends, family, and freedom.
Now I absolutely adored the Scarlet trilogy by A C Gaughen, but I haven't yet read her latest Elementae series. I want to, I'm just nervous - my love for Scarlet is strong. But with the second book now coming out, I think it's finally time to read book 1 and fall headfirst into this series. 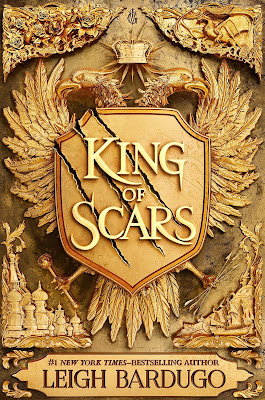 Face your demons...or feed them.

Nikolai Lantsov has always had a gift for the impossible. No one knows what he endured in his country's bloody civil war--and he intends to keep it that way. Now, as enemies gather at his weakened borders, the young king must find a way to refill Ravka's coffers, forge new alliances, and stop a rising threat to the once-great Grisha Army.
Yet with every day a dark magic within him grows stronger, threatening to destroy all he has built. With the help of a young monk and a legendary Grisha Squaller, Nikolai will journey to the places in Ravka where the deepest magic survives to vanquish the terrible legacy inside him. He will risk everything to save his country and himself. But some secrets aren't meant to stay buried--and some wounds aren't meant to heal.
I adore Nikolai. He was my absolute favourite in the Grisha trilogy, and the idea of an entire book for his very own fills me with happy joy.

There are some of my picks for this month, what are you excited about getting your hands on?
Posted by Rosy at 11:00