Top Ten Tuesday is a feature hosted by the fabulous Jana at The Artsy Reader Girl. You can join in with future topics here!

We've all got them, those villainous characters that we both love and hate. It's a sign of an excellently written novel if the bad guys are relatable enough that you actually feel for them, or that they inspire such visceral feelings in you. There are also so many excellent villains in film and tv that I had to let some of them sneak onto this list too... So here are ten villains (although it is by no means a complete list) that were so well written and played that I am in awe, even though I hate/love them. 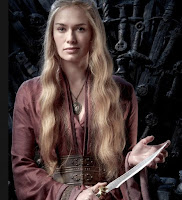 Cersei Lannister - A Song of Ice & Fire by George
(book and show)
She's cunning and devious and let's face it, not particularly nice a lot of the time. But she's also really human and entirely relatable. She's just trying to protect her children, her family, and herself. It all makes sense, and I feel for her particularly given the excellent portrayal in the show. But once you pit her against other characters that are infinitely more likeable she's always going to lose. Particularly given some of the truly heinous things she does...

Leck - The Seven Kingdoms trilogy by Kristin Cashore
(book)
There is no redeeming Leck. I love that we see him as an adult in the first book, and then see snippets of how he came to be that person in the second, followed by unravelling the effects of him in the third. He is such a vital part of these books, with how he impacts these women, whilst he spends very little time on the page. Corruption of power, and unchecked power as a child, it's an incredible examination of it, and Cashore makes a terrifying villain out of him.

Tobias Menzies is glorious in this role. He's terrifying and utterly without humanity, and he is so well written and played as to be absolutely horrifying but impossible to look away from. Plus having him play quiet, loving, Frank is a visual masterstroke. Like Claire, you're constantly expecting Black Jack to behave with a shred of humanity, which then make his violent and blackest moments all the more horrifying.

Catherine becomes less of a villain as the show progresses, but she is still a sly and brilliant woman, I think we just become more on her side as the show progresses and she stops trying to hurt Mary so often. She's a woman in a man's world who cares deeply for her family and will ruthlessly do what she feels needs to be done to protect them and herself. She's complex, tactical, and fascinating to watch. 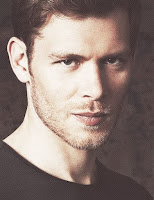 Ah Klaus, you complex and utterly screwed up guy, I love you so. He entered The Vampire Diaries as a full blown swaggering villain, and over the course of that show and the spinoff The Originals, he became someone so complex and intriguing that I couldn't look away from his attempts at redemption. Played exquisitely by Joseph Morgan, I'm so sad that his story is, after a thousand years, finally over. 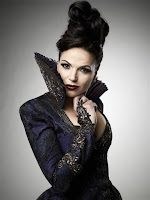 Regina Mills - Once Upon a Time
(show)
Complex, intriguing, and in later season's more hero than villain, Regina's journey was fascinating. I adored seeing her growth and development, the moments when she'd slip up and go back to her old ways, the peaks at her humanity and vulnerability that gradually were revealed more frequently. She was brutal but human, and I loved watching her.

Hector Bowen - The Night Circus by Erin Morgenstern
(book)
He doesn't have a huge role in the book, but Hector's machinations and power plays are what set off the events of the book, and seeing what he does to his own daughter to achieve his ends is absolutely horrifying. Parents treating their children appallingly is a guaranteed rage thing for me, and whilst Hector is by no means the worst parent out there, something about him really gets to me. Excellent writing at its best.

Kilgrave - Jessica Jones
(show)
Oh David Tennant is brilliant. I loathe Kilgrave, but Tennant is exceptional in his portrayal. He brings a humanity to him, even whilst he compels people to do the most awful things. It's hard to watch, particularly early in the season, but Tennant's acting is worth it. A child with unchecked power, who never learnt how to not get his way, or any sort of humanity. Yet you can kind of understand how it happened. It's a horrible grey blurry thing, and that's what makes it brilliant.

Dolores Umbridge - Harry Potter by J K Rowling
(book and films)
Nope, there is no love here, only hate. But to provoke such a response from so many people is pretty impressive. More than Voldermort in a lot of cases, Umbridge embodies every hateful and cruel thing. She is vicious and despicable and very human (everyone has known some level of an Umbridge) and that's why she inspires such a visceral response from readers and watchers alike.

Loki - the Marvel Cinematic Universe
(film)
Can he even really be considered a villain now? Probably, after all he is the god of mischief. But Loki is just such an excellent character I couldn't resist. Sure, he tried to take over the world and make everyone into mindless minions, but he just wants to be loved guys! I have such a soft spot for him, and even when he's been super bad, I still adore him. Plus the little insights we got into his and Thor's childhood were GLORIOUS.

So there you have ten of the villains I love/love to hate - share some of yours!
Posted by Rosy at 11:00