Author Q & A with Martha Brockenbrough 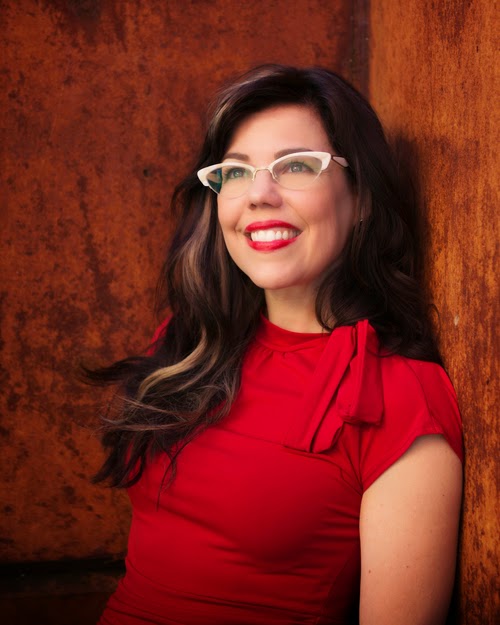 Today I have the amazing privilege of hosting an interview with Martha Brockenbrough, author of the newly released 'The Game of Love & Death.' For those of you who haven't yet discovered this book, it is stunning, full of beautiful lyrical prose and a love story that defies everything. I absolutely love this book, and I am so excited that Martha was able to take some time to answer some questions about the book and her writing.

For anyone who hasn’t yet heard about ‘The Game of Love & Death’ can you tell us a little bit more about it?

Set in Seattle in 1937, The Game of Love and Death is about two teen jazz musicians—one black, one white—who fall in love without knowing they're pawns being played by Love and Death themselves, a pair of supernatural manipulators who've meddled with humankind for ages.

What inspired you to write this story?

Deep thoughts about life and death, truly. It's a miracle any one of us is alive. The odds against it are astronomical. The one certainty we all share is that we will die. In between, there is love—the thing that can transform those many moments. I wanted to tell a story about the bittersweet tangle of life and death, and its complexity, and the role love plays in making it all mean something enduring.

How has the story evolved from the initial idea to the book readers can now delve into?

Originally, this was a contemporary book narrated by a jaded Love. But it evolved into something set in the Depression, narrated by four separate viewpoints. The more I thought, the more delicate and complex the story became, and the more I wanted to do the idea justice.

A huge amount of research must have gone into the novels,  was there anything you found particularly useful to help create the setting?

Most of the book is set in Seattle, where I have lived almost my entire life. So I know the terrain well. And I was helped a ton by the fact that much of the city was photographed as part of a government project in 1937, the year most of the story takes place. So there was a lot to look at. I'm also a musician, and have played some of the songs mentioned in the book. And I took inspiration from things that moved me when I was younger: the Hindenburg disaster, the wonder of Amelia Earhart and other early pilots, the angry wonder of Picasso's Guernica. I wove a lot in there and tried to make it as accurate as possible (even the moon phases and days of the week are as they actually happened). I do think of the setting as more of a backdrop than as a demanding master. It's supposed to make the story richer, not drier.

What was the hardest part of writing the novel?

The hardest part was wondering if it would ever match the idea for the book in my head. For sure, it was beyond my skill level when I started, and it took years of work, research, and rewriting to get it where it is. Banishing that demon Doubt every day was and remains a challenge. But succeeding with this book has helped me enormously. I never want to stop doubting, because it is motivational, and I think it's sometimes dangerous to live in certainty.

And the best/most rewarding?

I am very fortunate to work with a great team at Scholastic, led by my editor Arthur Levine, and joined by my UK editor David Maybury. They have taken such care with the book. It's been read and considered and discussed by many with many thoughts in mind. The cover, by Chris Silas Neal, is spectacular. And they're making sure this book, which is complex and unusual, finds the widest audience possible. The response by many of my fellow writers, whom I admire so much, has also been tremendous. I can't wait for readers to dig in. There's of course no such thing as one book that is for everyone, but I do think this book will resonate deeply with people who think about life, love, and death, and making the most beautiful and courageous choices along the way.

Does anything particular stimulate your writing and creativity and do you have any set writing habits?

Travel always fills me with ideas, and so I try to do as much of that is possible. Part of this book is set in Venice, part in New York, part in San Francisco, cities I have visited and loved. I also listen to music, though not while I write because my brain can only handle so much stimulation. But I always appreciate the way music guides me through those emotional doors that can otherwise be hard to open without the right keys. As far as writing habits go, for me, it is like exercise. I am at at my best when it is part of everyday life. When I am drafting a novel, for example, I set a daily goal and check in with encouraging friends until I'm done. I have never been able to write one straight through, but the steady effort makes all of the difference.

What books and authors have inspired you?

This is an impossible question without writing a novel of a response. I have encountered so many remarkable books in my lifetime, starting with the ones I read as a child. Spending time in those worlds was what made me want to be a writer. Now that I'm an adult and know what goes into an excellent novel, I am full of admiration for so many different voices. For this book, though, I took particular inspiration from Passing by Nella Larson. I read this Harlem renaissance book, about passing for white, when I was in college and hungry to understand race and privilege, but too afraid to do so outside the safety of a book. I also read a lot of gay fiction then, as some of my friends were just starting to come out in college, and I also wanted to understand that experience. There, David Leavitt was a favorite author.

Are you able to give us any information on what you’re working on next?

I'm working on a few projects. My next book to come out will most likely be in 2016, and it's a picture book called Love, Santa. This one's going to be beautiful. Lee White is the illustrator, and this is the book all parents need when their children ask for the truth about Santa Claus. It's based on letters my daughter and I wrote to each other at that time in her life. 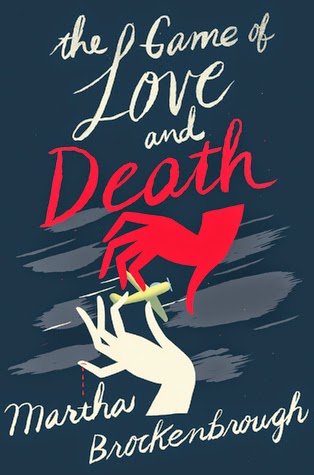 I’m also working on a novel narrated in part by a rat. There is a malevolent forest, a mathematical monk, a musical girl, and a book that does harm. (So far, all of my novels have included a book and music in them. We’ll see how long I can keep that going.) As a reader, I like books that feel different from others I’ve read, and that’s what I strive to create as a writer—I want to give you something strange and beautiful and wonderful. This is another way of saying it’s going to take a while … so stick with me.

And finally, any advice for inspiring writers out there?


Writing is a thrilling but difficult way to spend a life. Writing for children is perhaps more so, because there is generally less money and less prestige. People always ask you "but when will you write a real book?" I can't think of any way I'd rather spend my years than writing about the experience of childhood and young adulthood. These are when we have the experiences that shape us most, when we experience love and its wonders for the first time, when we sustain injuries that can scar us or make us stronger. To write about these beautiful, fraught moments is like living in the most exquisite city in the world: stained glass and cobblestones, secret doors and sentient clouds. It's a privilege to create something enduring out of the memories, hopes, and hurts of childhood, and for our readers, the best of these books become a part of their emotional DNA. To do this well, we need to read a lot, think more, love our characters, and believe in ourselves enough to produce better stories than the ones already filling the shelves. It's a challenge, so be rigorous, be persistent, and mine the deepest, truest parts of yourselves to create work that can spring only from your own heart and mind and hands.

Huge thanks to Martha for such a wonderful, in depth and thoughtful interview - it truly is a pleasure to have you on the blog.
Check back here on Friday when my review of 'The Game of Love & Death' will be posted!

Also check out Martha's other books:
'Devine Intervention'
'The Dinosaur Tooth Fairy'
'Finding Bigfoot'
'Things That Make Us [Sic]'
Posted by Rosy at 10:00